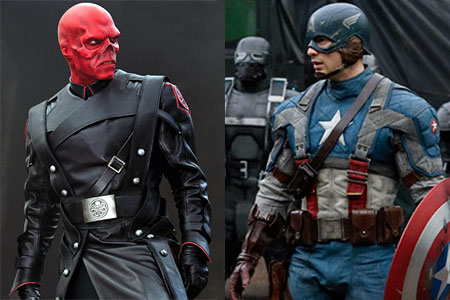 It could be one of the most anticipated moves of the decade and what to Marvel and Paramount Pictures do, they promise full trailers with new footage and release these condensed 8 second clips of Captain America for sheer amazement.

These clips have been rumored scenes for a while and deliver exactly what every fan wants, new clips of Ol cap before the super soldier thing. It looks like they have taken full advantage of modern CGI to make Chris Evans transform from his rejected from the army body to become the ultimate war machine.

Clip one two and three thanks to Paramount.