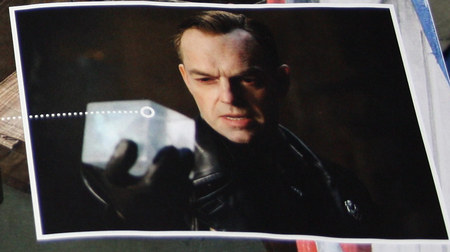 The last year or so has been amazing for comic book movies, I haven’t just been able to write about new news but with film production companies opening the doors to filming at different locations a lot of people have been lucky enough to see films like Transformers 3, Captain America and the Green Lantern being filmed on there door steps.

A few months ago after daily visits to the Captain America movie set in Manchester a lot of fans got to see them film but other than finding out a car explodes in the movie they didn’t give much else away.

Thanks to SFX Magazine for the pictures. We will hopefully have lots more previews and news before the movie gets released on the 22nd July 2011. Take a look at the world wide release date information..