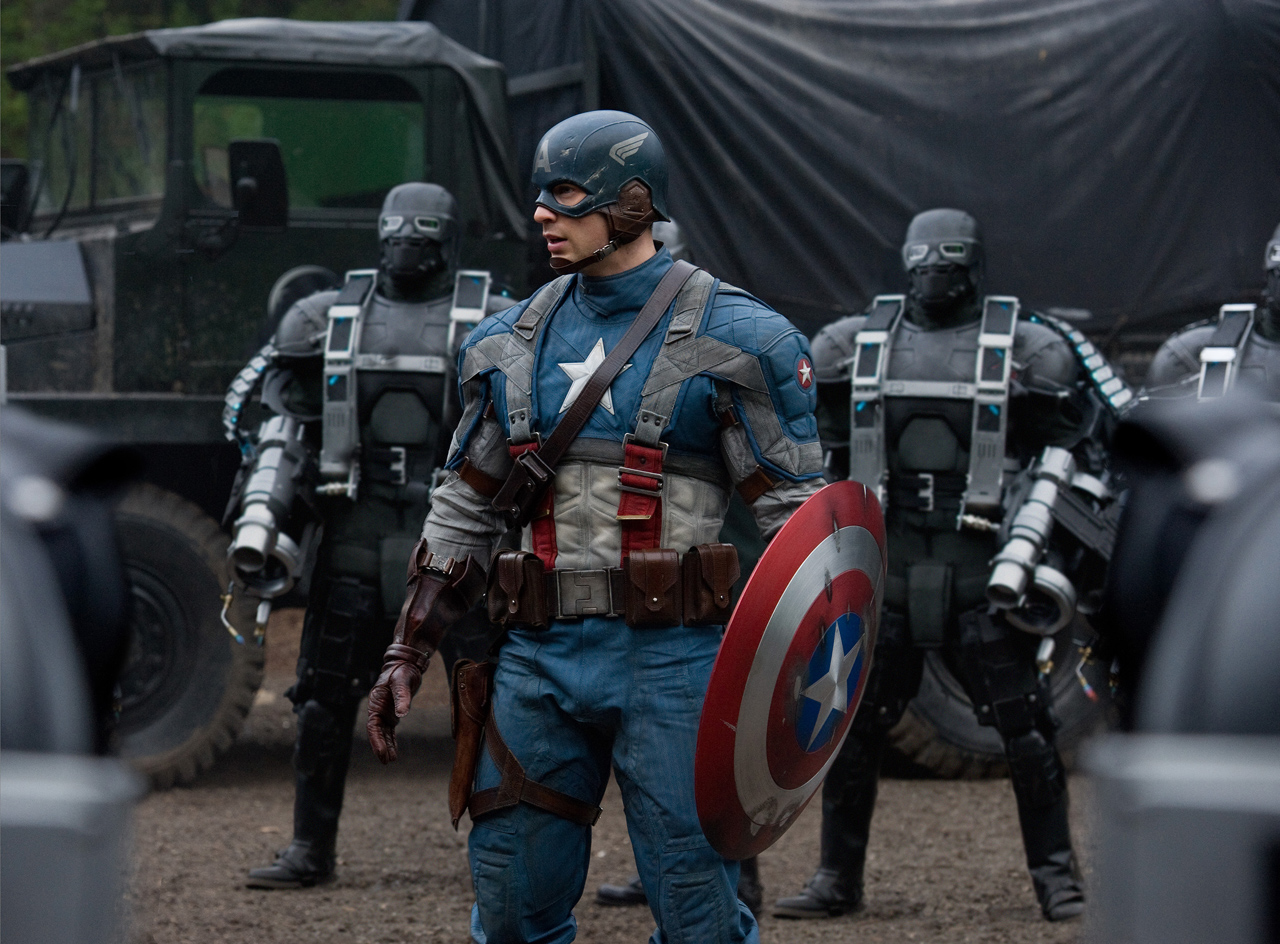 Teasing fans is what comic book movie makers do best. Last week we saw the first pictures of Andrew Garfield as Spider-Man surfaced giving him a darker man with a mission look which the old Spider-Man movies massively missed out on.

Now we have the first picture of Chris Evans as Captain America in the classic 1940s costume. The costume itself matched the concept art we saw a few months ago.

Out of all the comic book movies over the last decade I think Captain America is easily going to be the hardest to make due to the realism which fans and the general cinema going public demand in movies today. Going from the picture they still want to keep a comic feeling to the movie.

The picture first surfaced from EW.com and will hopefully be the first of many more shots from the movie.