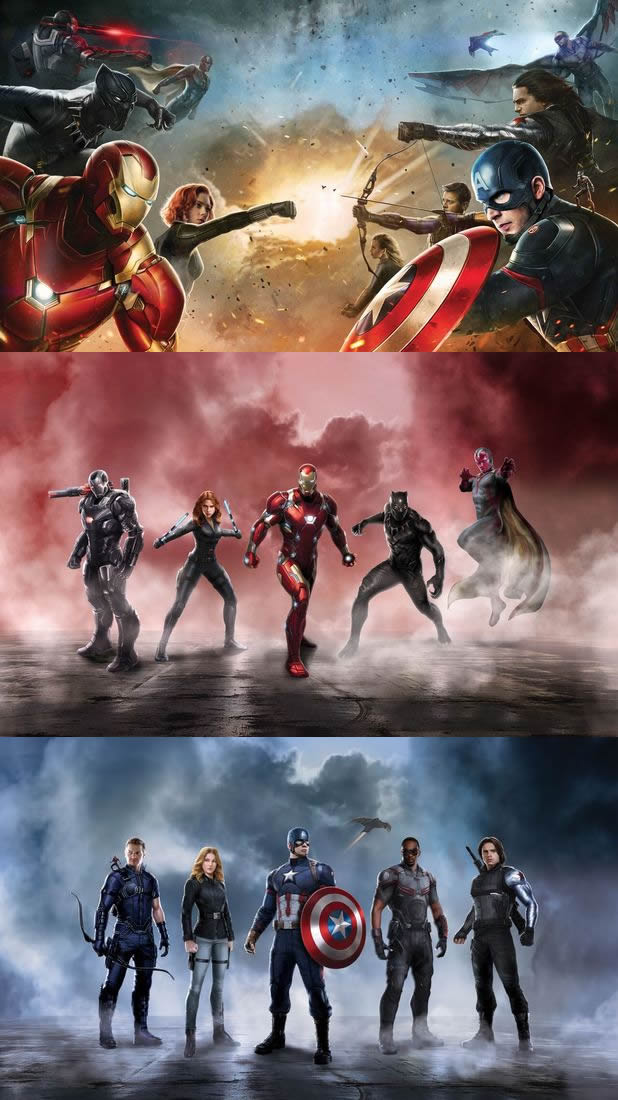 Thanks to some leaked concept art we finally know who is on who’s team in Captain America Civil War.

In the third Captain America movie will be based on the 2006 Marvel comic event written by Mark Millar. In that story the Avengers are divided by a super hero registration act much like Watchmen but where that was more self contained the events from Civil War changed the Avengers team dynamics and it’s hard to think how that could be repaired for the next Avengers movies.

It looks like this Concept art might have been made early in development as it’s missing one main character. The movie licencing deal Marvel did with Sony to share the movie rights to Spider-man only completed after the movie started filming.

Spider-man is going to be an interesting addition to the Marvel Studio movies because they have said he wont have another origin story for the character. He’s going to be thrown in the deep end with this movie and at the moment we don’t know if he will have a large part in the movie or just more of a cameo. We know they have cast Tom Holland as Peter Parker but they will have to cast a the supporting characters from Aunt May to Mary Jane.

Another Marvel character who hasn’t been mentioned is Dr Strange, although we haven’t got confirmation of him being in this movie it is highly likely as he was a big part of the comics and he was also cast long ago when Benedict Cumberbatch signed up to play the supernatural super hero.