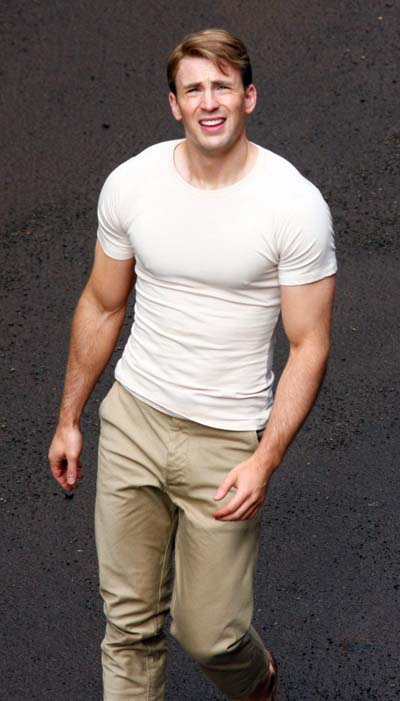 The movie crew have done an amazing job of putting together set set in only a week, if you get a chance to see how small the set actually is you will agree they have done a lot with the small space.

The scene goes from a busy 1940s New York street to a car explosion then to Haley Atwell running out of a building followed by Chris Evans running with what appear to be “Hobbits Feet”.

Along with the video of the car exploding these are probably going to be the best pictures we see while they finish filming in Manchester. 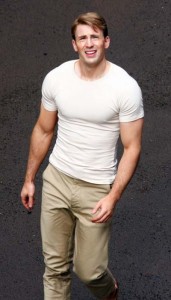 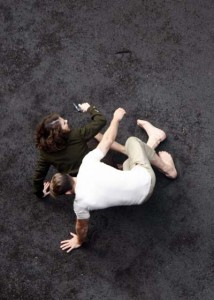 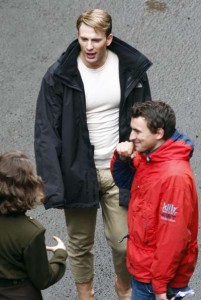 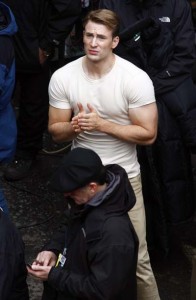 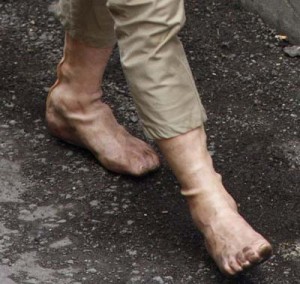 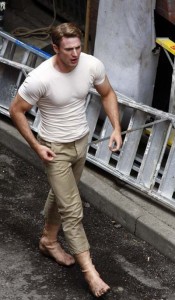 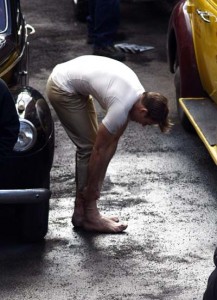 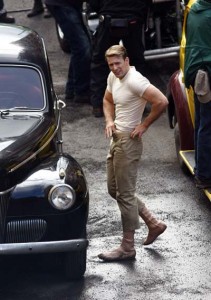 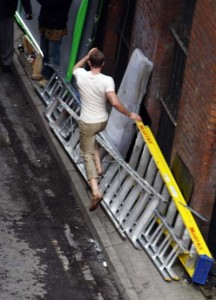 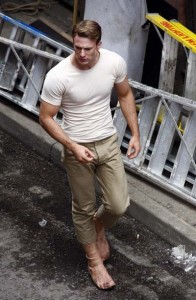