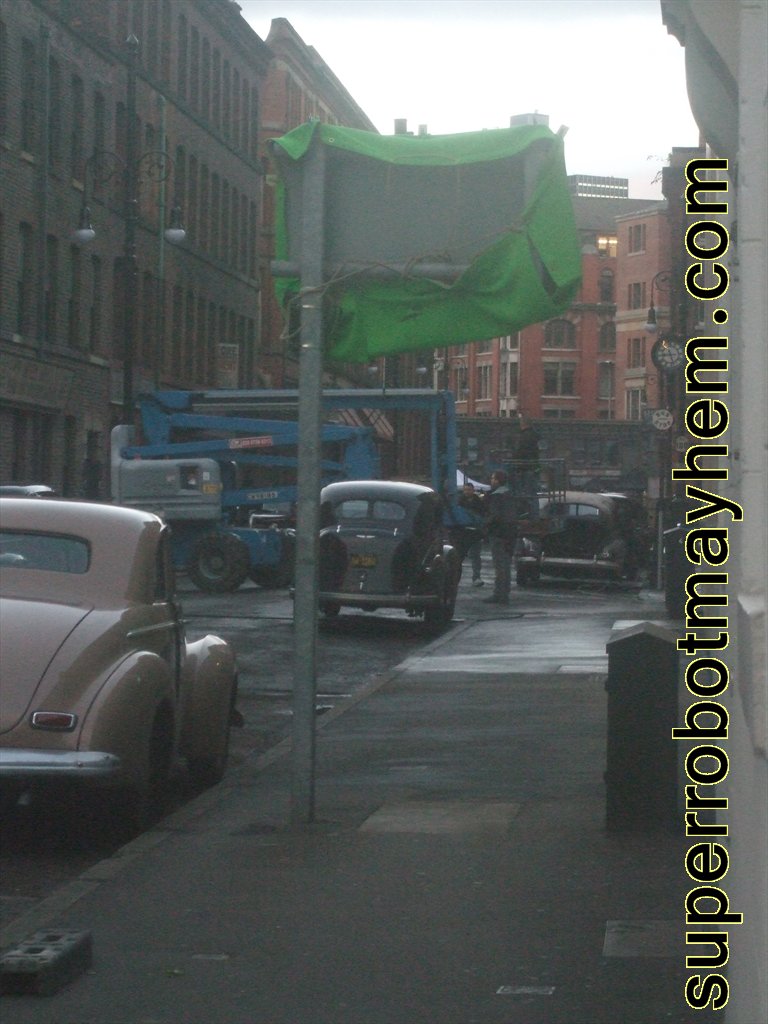 Since filming started this week on the Manchester Captain America set rumours have been flying around about what they are actually filming. The initial official news was there would be a car chase through a 1940s esc set.

Since filming has actually begun we have been able to see pretty much anything but a car chase. There are a lot of 1940 style America cars on set but all the evidence points to an explosion which kills at least five people in the movie.

Yesterday the street was hidden away more than we have seen for weeks and a sign was put up to let everyone know there would be simulated gun fire and an explosion.

While they packed the set away you could see five or so dummy’s which were used in the explosion, one of which looked a little like Tommy Lee Jones.

Official news is that the only people on set are stunt doubles but news from people working in the local comic shop say that Tommy Lee Jones was on set along with Hayley Atwell and Chris Evans.

To find out when the movie is out near you take a look at the official Captain America Release dates from Marvel. 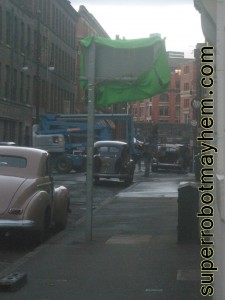 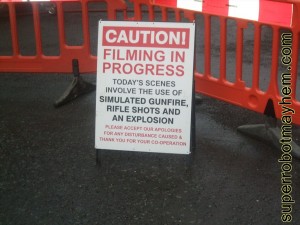 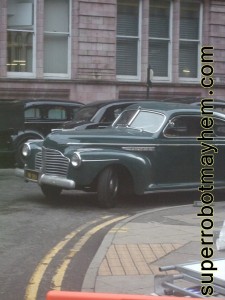 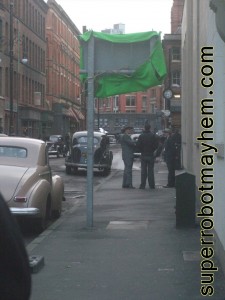 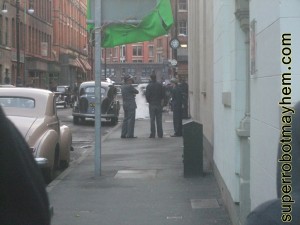 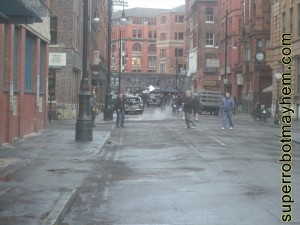 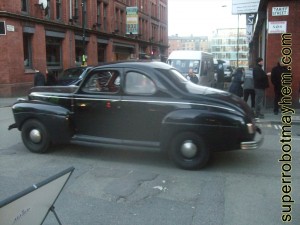 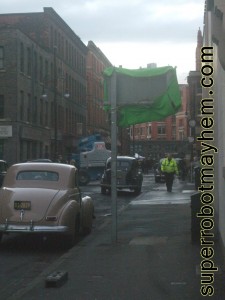 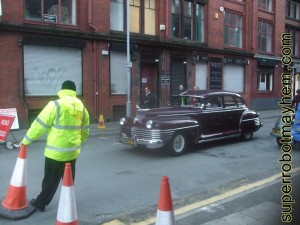