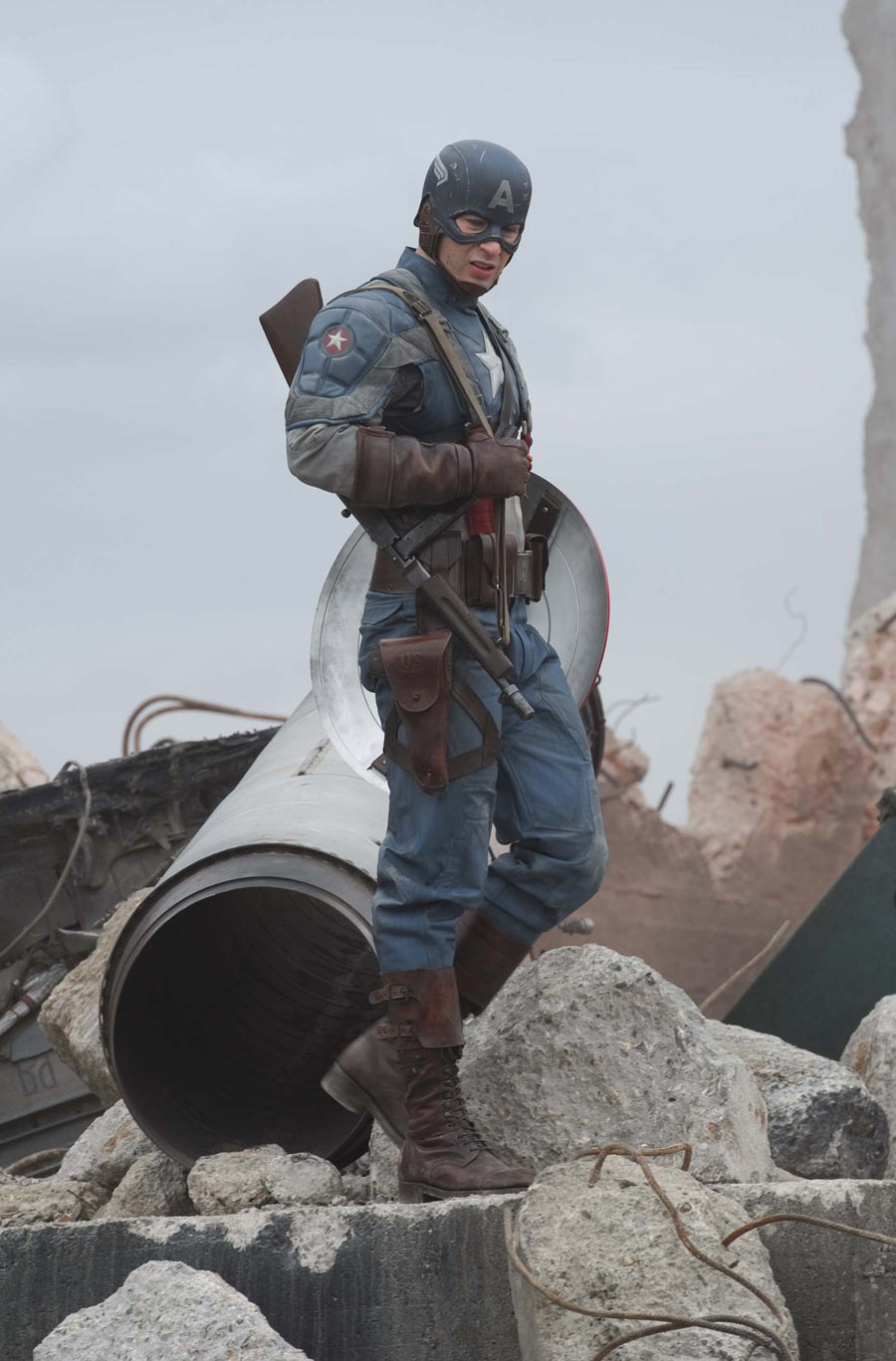 Today brings us one step closer to a movie which may raise the bar for comic book movies to follow for years and an awesome new picture of Captain America in the WWII costume.

From all the footage and photos so far it looks like Captain America could be almost too epic. I have been tricked by trailers before but considering the challenge Marvel has had bringing one of its most icon golden age characters into the modern age of comics.

But back to the new picture from Marvel’s comic book solicitations for June which also featured the official movie prequel comic to go with the film.