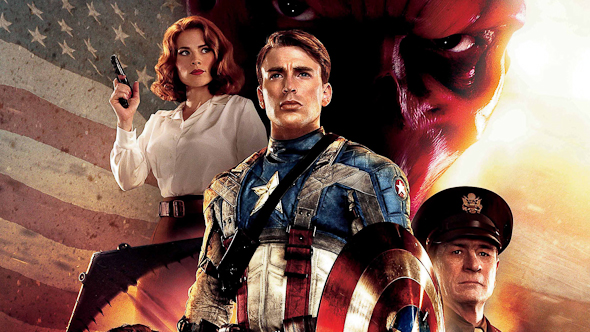 For the Avengers Captain America was probably the most challenging for Marvel to translate into a modern movie. But they pulled it off and it was one of the most celebrated Comic book movies Marvel has done.

After May 2012 when the Avengers Movie will be released it’s going to be full steam ahead on Thor with Captain America 2 starting production at the end of 2012. The news comes from Neal McDonough who played Dum Dum Dugan in the First Avenger.

News that Dum Dum Dugan will be in the sequel confirms rumors that part of the second film will also be set in the past. Although the first movie ended in the current decade we did see a montage in the first film which could have span dozens of WWII adventures.

In the same interview with IMDB Neal McDonough also mentions he will be working with Samuel L Jackson on the Nick Fury movie which also lends reason to Fury’s origin starting in WWII too.