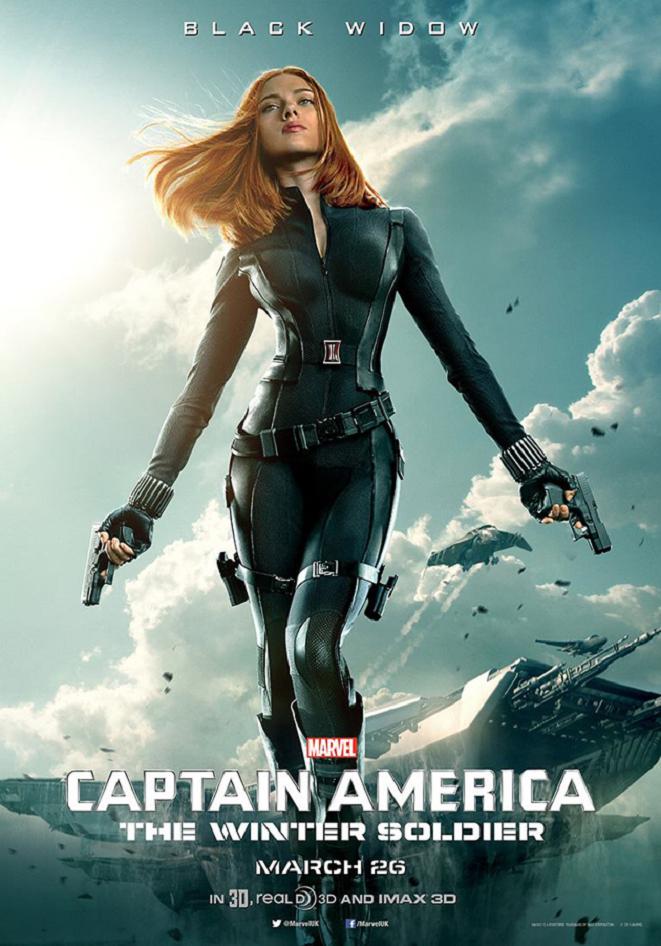 With Captain America 2 coming out this April we have a whole new trailer coming out soon which is due to air with the Superbowl but for the time being Marvel have released a few new posters to promote the movie.

This one shows Scarlett Johansson in her new Black Widow costume. He whole looks seems to change a lot between films from Iron Man 2 to this. The costume looks a lot more detailed than the others she has worn and some how they manage to find a way to improve it with each movie.

Black Widow is set to be a big part in this movie which looks to be her teaming up with Captain America to take out corruption in SHIELD. The movie is due to be released in most places April 4th 2014 and if it wasn’t for X-men might have been the biggest movie of the year.