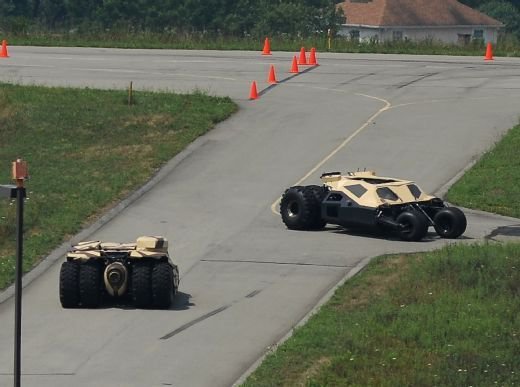 Most of the recent movies including Transformers 3 and Captain America have had to film big car chases outdoors and given fans some awesome sneak footage and a little insight into what it takes to make today’s comic book movies.

On set of the Dark Knight Rises it looks like at least three Tumblers may have been made for stunt scenes. What’s interesting is that these new Tumblers are the camo prototype forms of the Wayne Tech Bridging vehicle.

You could speculate till the movie comes out to try and figure out what Christopher Nolan may have planned for these cars or who might be driving them.

Although it looks like the early concept art for the new Tumbler may have been fake these camo version still don’t rule out a new Batmobile for the concluding movie.

Thanks to CBR for the pictures 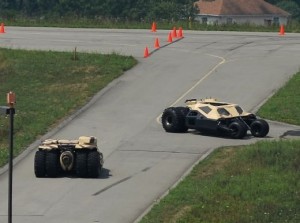 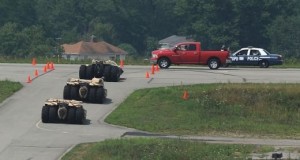