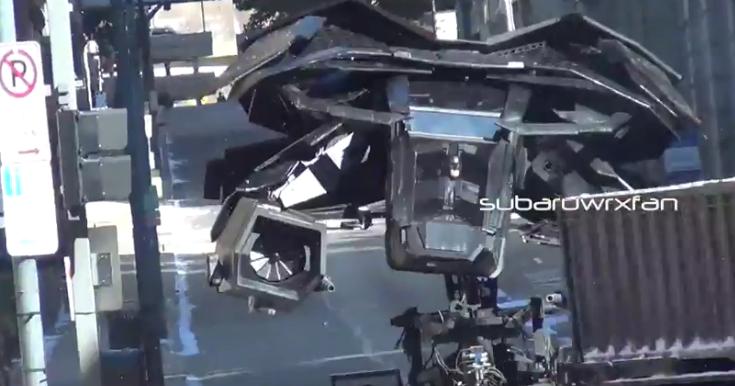 Maybe the biggest and most cool surprise since we saw the Superman shield in the Dark Knight Rises Poster. We now have the first shots of the Batwing from the less than closed Pittsburgh set.

Most comic book movie trilogies at the moment follow the same formula for success. The first movie is an introduction to the origins to the character. The second movie is where the action really kicks in and you get to see the comic icon use what they learnt from the first movie.

The third movie in the trilogy always leaves on a mega high by giving the fans everything they wanted. Dark Knight movie wise this means loads of Catwoman, more gadgets and some mega Tumbler action along with teasing a cameo from Superman.

The latest footage from the Pittsburgh set shows off some amazing shots of the Batwing and the extra Tumblers we saw last week.

One thing that’s pretty surprising is how much of the vehicle action takes place in day light. Obviously it’s better lighting for the cameras but it’s not what fans have been used to in the previous two movies.