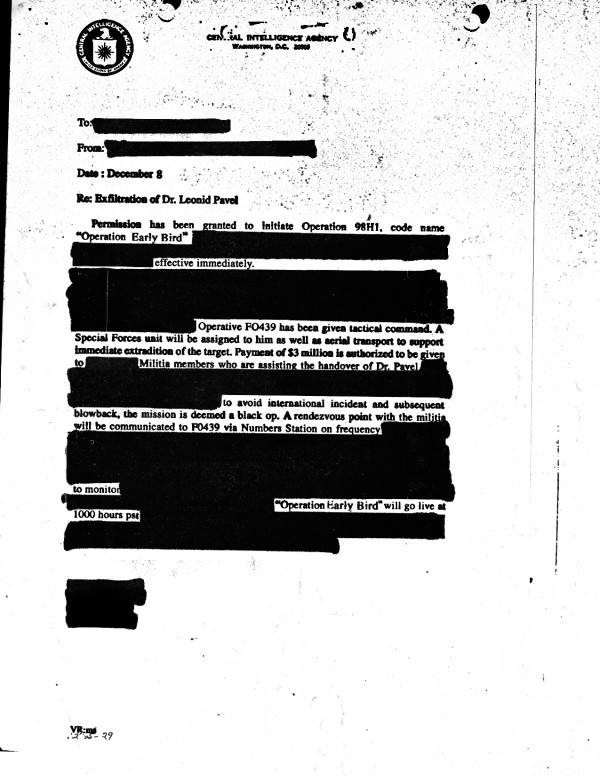 Another Dark Knight Rises Viral has just been released which looks to countdown to the online release of the trailer. Fingers crossed this will be the full HD six minute trailer which previews before the IMAX release of Mission Impossible.

The viral is called Operation Early Bird and again was first seen on Twitter via thefirerises account.

This came with a cryptic message about Bane. From the message it looks like he will be an International Super terrorist who may have a military background.

Re: Exfiltration of Dr Leonid Pavol

Operative PO439 has been given tactical command. A Special Forces unit will be assigned to him as well as aerial transport to support Immediate extradition of the target. Payment of $3 million is authorize to be given to Militia members who are assisting the handover of Dr Pavel

to avoid international incident and subsequent blowback, the mission is deemed a black op. A rendezvous point with the millitile will be communicate to PO439 via Numbers Station on frequency