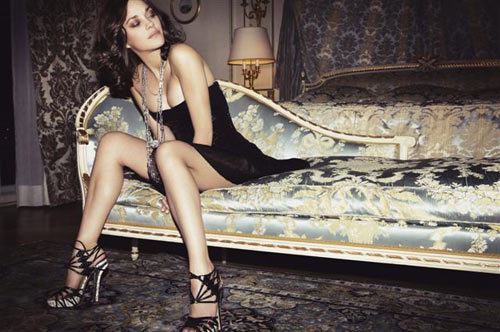 Where as Marvel can’t seem to keep the top secret Avengers Script safe past the first day of filming Christopher Nolan has thrown fans way off the scent to what he has been thinking for the Dark Knight movies for nearly a decade.

The latest news is that Academy Award winning and one of the most celebrated French Actresses Marion Cotillard has just joined the cast with Anne Hathaway who will play Catwoman.

Early official news is that she will play Miranda Tate who will be part of the Wayne Enterprises board. This news is fairly loose as any hard core Batman fan will know this is a movieverse character and wouldn’t be half as big a part for such a well respected actress.

Like most Super heroes have secret identities so do many super villains. Miranda Tate is likely an alias for a bigger female role fitting for one of the biggest European actresses.

My gut feeling as a Batman fan is Miranda Tate will be the day time alias for Talia Al Ghul. The daughter of super villain Ras Al Ghul who was played by Liam Neeson in Batman Begins. Ras knew Bruce Waynes secret identity and it’s likely Talia may be ready to take off where her father left off in a tragic freak monorail fight accident.