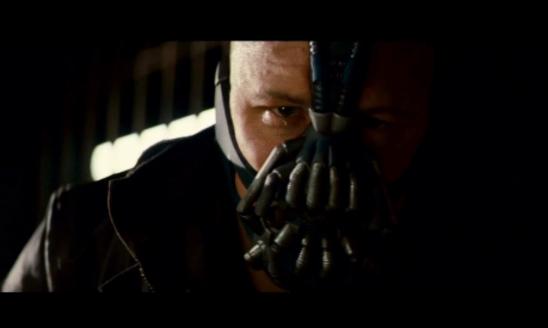 Last weeks version of this was a little grainy but still cinematic gold to any Batman fan. This time round the full preview trailer is available in HD. You have to love DC and Christopher Nolan for making movies like this.

This time rounds its actually possible to make out what Gordon is saying and there are a few more clear frames of Bane but still no elusive Catwoman (Anna Hathaway) costume.

Those Batman fans who only know Bane from Arkham Asylum may lose some of his TDKR incarnation. In the comics there are two main versions of Bane. The Arkham Asylum game shows the drug addict venom boosted version who was a little slow but all muscle. The version of Bane in TDKR seems to follow the trained man-hunter / assassin version.

Going off recent news it looks like Bane may have been trained by Ra’s Al Ghul as Bruce was in Batman Begins. hopefully we will have a few images of the new Catwoman too in a few weeks.