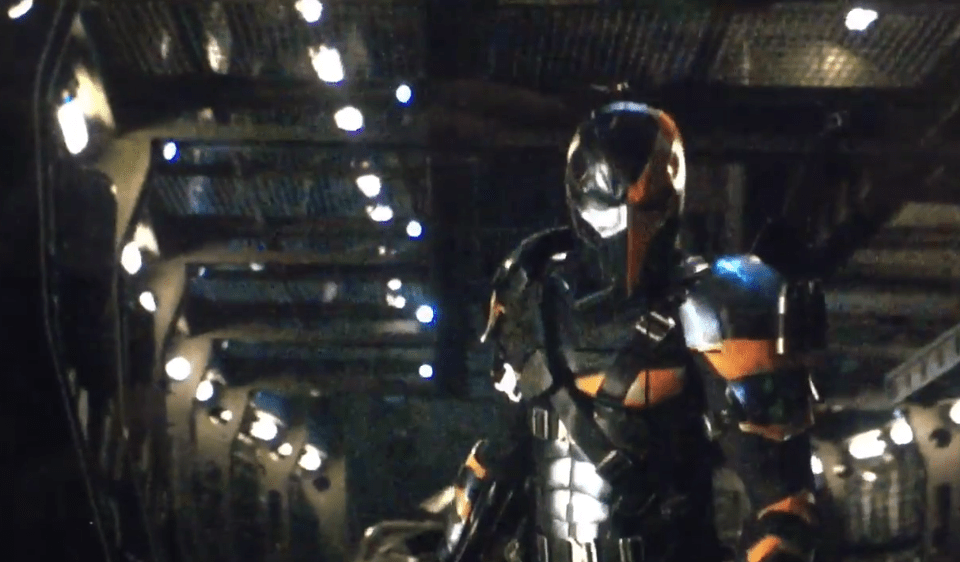 The next Batman movie will follow on from the Justice League with Ben Affleck to co write, direct and star in which personally I’m really excited about. He’s a great actor and also seems to love his comics too. Playing Batman is an important role to him and his version of the Dark Knight really gave BvS a darker edge to it.

Ben Affleck posted this test footage of a blurry looking Deathstroke on his Facbeook page, the suit looks fairly similar to the one Manu Bennett wore on Arrow although this incarnation of Slade Wilson will probably be much more deadly.

Picking Deathstroke as the main villain in Ben Afflecks first solo Batman movie tells us a lot about what they have planned for the future movies. Deathstroke to this movie will be a lot like Ra’s Al Ghul was to Batman Begins. He’s not a classic well known villain, not one of the A list villains like the Joker for sure. This usually tells us the movie will focus more on Batman and how he got where he is today, I wouldn’t be surprised if Deathstroke had some part in creating this Batman as a mentor type.

By not starting with an A lister Batman villain they will also have something to build up to which means WB must be planning on having a good Batfleck trilogy. It also means we might not get to the bottom of the Robin Mystery, who killed him and why? It looks like WB are saving that mystery for a big Joker movie late on down the line.