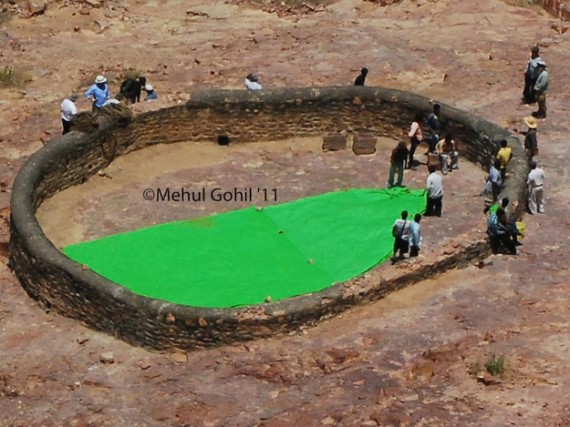 Making a good movie takes a lot more than just kick ass fight scenes hot chicks and cars. Well not much more but amazing scenery really helps being depth to a movie. Thor had Asgard, The Green Lantern will have loads of CGI worlds and The Dark Knight Rises will have the beautiful city of Jodhpur in India.

The filming of Batman 3 in India has been booked for weeks but nobody would have guessed it would be right next to a train track. The filming apparently took two days and was mainly set out doors.

The first picture which hit the net was taken from a passing train and could have been easily passed off as a fake as all you could see was a few people standing round a green pond.

As the week moved on we saw more pictures of the cast in and around Jodhpur taking in some of the awesome scenery. Apparently at least two scenes have been filming around the pit.

The first rumoured scene featured the green screen pit with a bald headed child walking out of the pits and putting a hood on.

The second scene rumoured to be filmed was a man either Ras, Bane or Batman falling into the pit and climbing out assumably with special powers.

Both Tom Hardy who will play Bane and Josh Pence who will be Young Ra’s Al Ghul have been seen around the set. 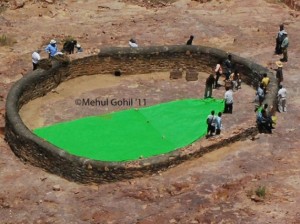 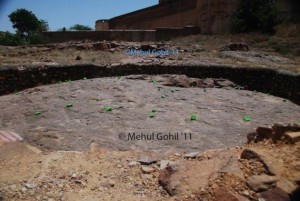 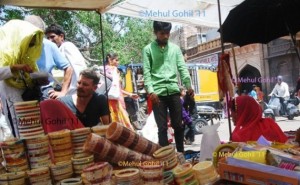 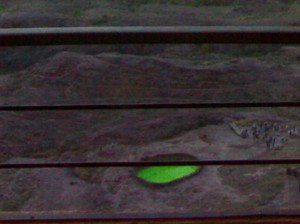