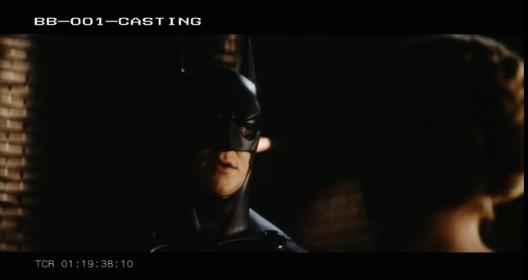 Now the studios have confirmed the next time we see Batman on the big screen will be in the Superman movie they can close the book on the previous trillogy and release the Ultimate Dark Knight DVD and Blu-ray box set.

The box set will be limited edition and once it’s out of print it’s gone for good. The set includes all three movies along with three disks packed with extra interviews and making of videos.

To sell a DVD set like this I’d usually go for a Batarang but they have gone one better and included the Christian Bale’s Batman audition tape where he wears Val Kilmer’s Batman costume from Batman forever.

If that wasn’t enough Amy Adam at this point is reading the lines of Rachel Dawes. Could she have been up for the part before Katie Holmes, who knows maybe the extras will give us some more insight.