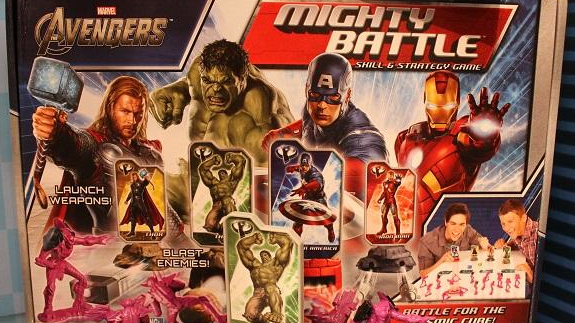 With the original script for the Avengers being stolen and numerous rumors about copyright and possible villains. It looks like we may indeed still see the Skrull invasion army or at least very similar aliens in the Avengers movie.

The news also comes with a clear spoiler of the big city battle motivation as the Cosmic Cube will be back too.

The news comes via MTV Splash page and leaked tie in toys from the upcoming American International Toy Fair which will have numerous spoilers for this years movies.

The rumor of a Skrull invasion started a few months ago with scenes on set of the Avengers fighting an unknown CGI army. This was followed by Skrull like space craft showing up on the set too.

To find out for sure we will have to wait till the movie is released on May the 4th which could be one of the biggest released of a comic book movie the world has ever seen.