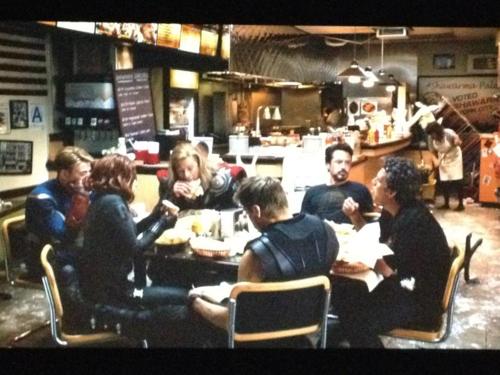 On that night of the Avengers premier when the cast were called off to film another scene we finally get confirmation on what it was.

The scene was originally thought to be an opening scene to Thor or Iron Man 3 but it looks like its much more simple. After beating Loki Tony Stark jokes and asks if everyone wants to go for Shawarma, and it turns out that they did.

This is a great example of how Joss Whedon has managed to balance the comedy and the action just like the Buffy days. Lets hope it continues for Avengers two and three and maybe crosses into the other movies too.