Red Skull in the Avengers 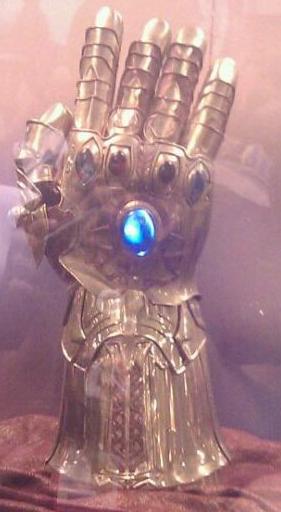 With the script being leaked and the film being so close to being released it would look highly unlikely the Avengers movie could have any secrets.

We last saw the Red Skull (Hugo Weaving) at the end of Captain America : The First Avenger where he mysteriously gets teleported out of the crashing plane leaving Steve Rogers in the ice. Undoubtedly to return in one of the later Marvel movies.

From the current set of rumors it looks like the Red Skull will appear in the Avengers, this time not after just a cosmic cube to rule the world but the Infinity Gauntlet of Thanos with the power to rule the universe.

The rumor comes from a recent listing from HeroClix

Avengers Movie HeroClix set features heroes like Captain America and Thor as they battle the villainy of the Red Skull and Loki!

The part about the gauntlet comes from a mysterious spoiler at ComicCon when Marvel wheeled out the Infinity Gauntlet of Thanos. It’s unlikely Thanos will appear in the movie just due to it not being 6 hours long and they already have more than enough characters to reintroduce.

This may also coincide with a few rumours that Skrulls wont make this movie. But instead an alien race of Hydra forces will battle the Avengers.

Either way most of us only have to wait till May for the official release date to find out for sure.

A round up of other unconfirmed rumours at the moment

The Skrull: are now called The Redacted and are a modern Red Skull based version of The Skrulls. Fox apparently still own Skrulls, so Disney have changed them enough for legal reasons. The Redacted are multicolored shape shifters who will hopefully turn into Black widow clones.

Thanos is a long time rumor from months ago. Some think that Loki will do business with Thanos and trick him somehow. Loki needs the Gems for the Infinity Gauntlet which are probably hidden on earth somewhere.

The Leviathan is an alien serpent given to Loki by Thanos to get the gems.

Red Skull now a near confirm to be in the movie. He and Loki will probably work together at some point.

Loki joins the Avengers to help them fight The Redacated and the Red Skull.