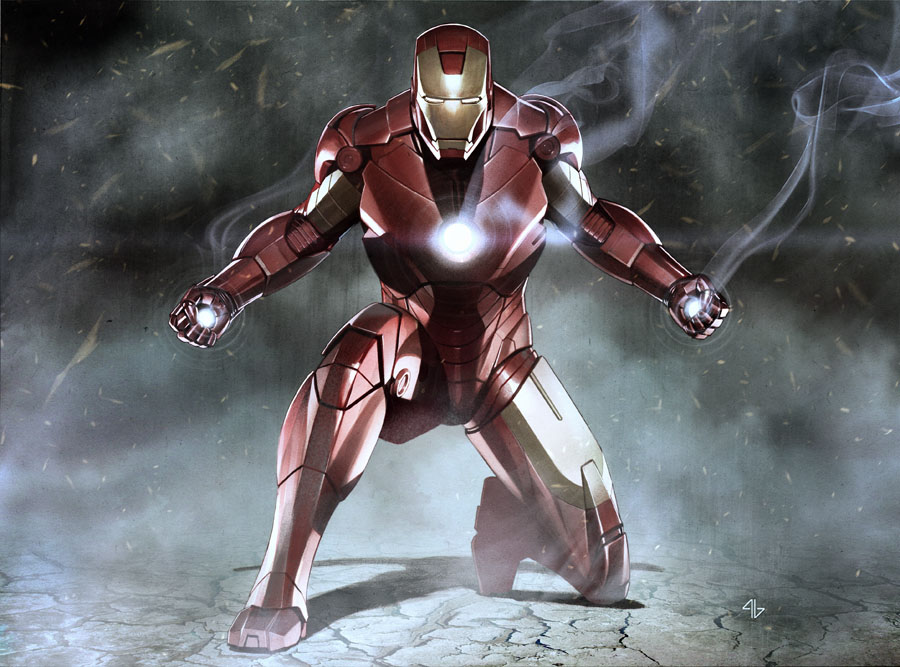 A lot of people would thank Robert Downey Jr for the success of the Iron Movies, he made an amazing Tony Stark and just like Christian Bale he raised the bar for comic book heroes in the movies.

Adi Granov was the brains behind how Iron Man should actually look in the movies. He invented suits which would break the mould of how comic book realism could be transferred to the movies. His imagination behind all the Iron Man concept art is what really brought the Iron Man movies to life.

Unfortunately Iron Man 3 is put on hold till the Avengers movie is released. But to keep the quality between movies Adi has been asked to redesign Iron Man for Joss Whedons Avengers movie.

Every time I think I’m out, they pull me back in. Redesigning Iron Man once again…

You know I’d be happy to redesign Iron Man for the comics for free, but noone’s asked me. Instead I get paid to do it for the movies. Go figure.

I can’t comment on any specifics about what I am doing, but I am working on the Avengers.

Adi Granov has recently launched a new site which features some of his awesome art work.