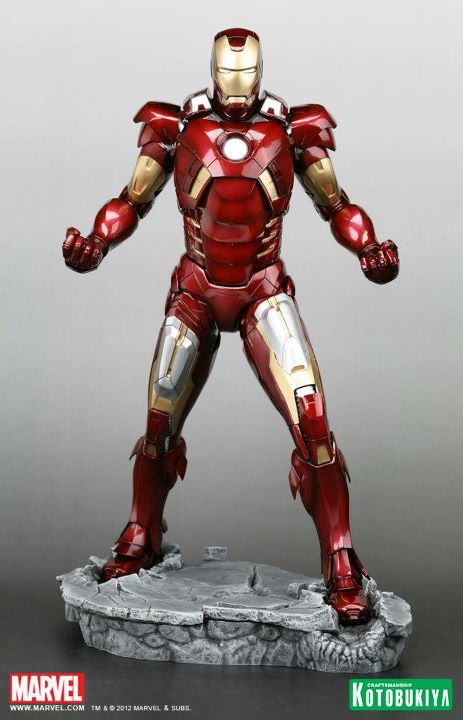 This is the first clear picture of the new Iron Man mark 7 armor from this years Avengers movie. The pictures comes with thanks from Kotobukiya the team responsible for most of the high end statues from games, manga and movies.

The new armor looks a bit more blocky than the suits we have seen in Iron Man 1 and 2. The main noticeable difference is the silver on the legs. If they have a new function or if we will see mark 8 of the armor in the Avengers is still in question.

We wont have all the answers to these questions till May when the official Avengers release date reaches us.

The new Iron Man armor was designed by the great Adi Granov who worked on the the previous two Iron Man movies, although he loves the movies he said he would love to redesign the comic book Iron Man armo.r