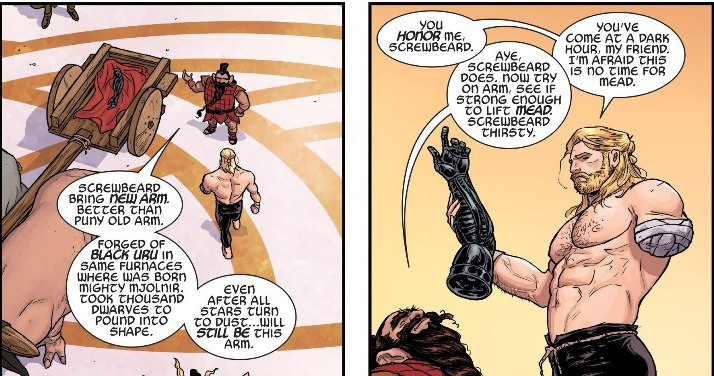 Not too long ago we learnt that Avengers Infinity war would be partly filmed in Scotland as they look for more locations to film outside Pinewood Studios. We’ve just come across the cast calling and it’s given us some hints at what could happen.

First they are filming in the UK for six months between March and August 2017. This might be because the pound is at a long time low and filming here will be a lot cheaper than it was a few years ago. Another reason could be that they are filming parts of Infinity war one and two back to back.

They are casting for three main types of extras at the moment, one of them is for Male arm amputees aged 30-40. This sounds a lot like a body double for Thor as no other Avenger has lost their arm in recent years other than the Winder Soldier.

To back up this theory of Thor losing his arm they are also casting for people under 4’9 in height. This is most likely for people from Nidavellir which was one of the nine realms.

To tie these together they would just need to cast a well known actor to play Screwbeard, he was the one who gave Thor a replacement arm and was also recruited into the League of Realms, a team that Thor put together with warriors from all nine realms. If that’s true it might be that Thor also brings in the Guardians of the Galaxy along the way.

Peter Dinklage would make a great Screwbeard as he could just play Tyrion Lannister but with a beard and for a lot more money.