Hulk on South Africa set of Age of Ultron 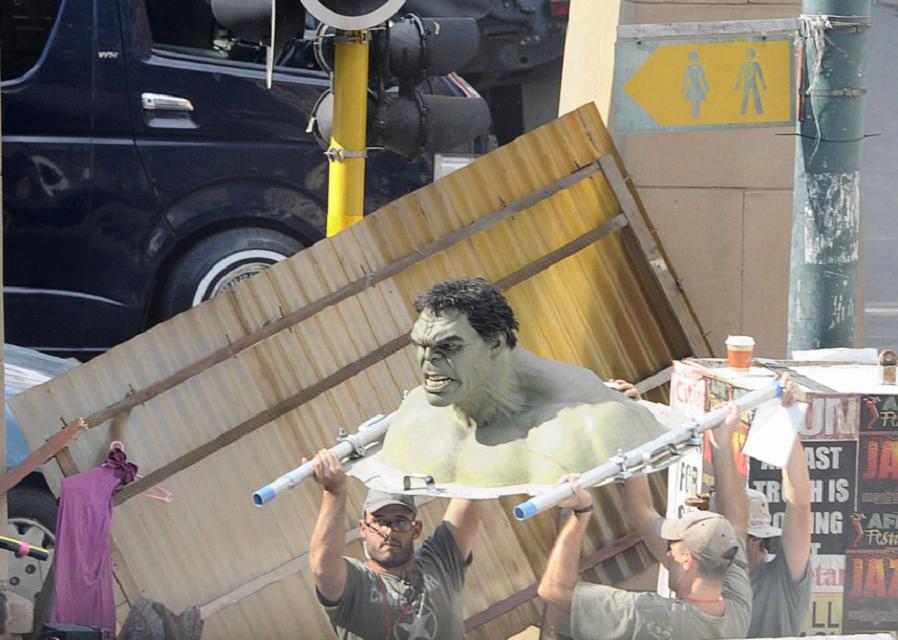 The Avengers 2 movie Age of Ultron started filming in South Africa earlier this month. So far we haven’t had any news on what they might be filming in Africa but thanks to this picture of Hulk it makes it gives us a bit more insight into what could be the opening of the movie.

Either Hulk has had his body cut off from the shoulders by Ultron or this is just a to help them setup CGI Hulk with proper lighting. The background looks like there has been some sort of chaos not unlike the battle in New York City at the end of the first Avengers movie so this could have something to do with that.

Whatever is happening we might have to wait for the 2015 release date to find out more.