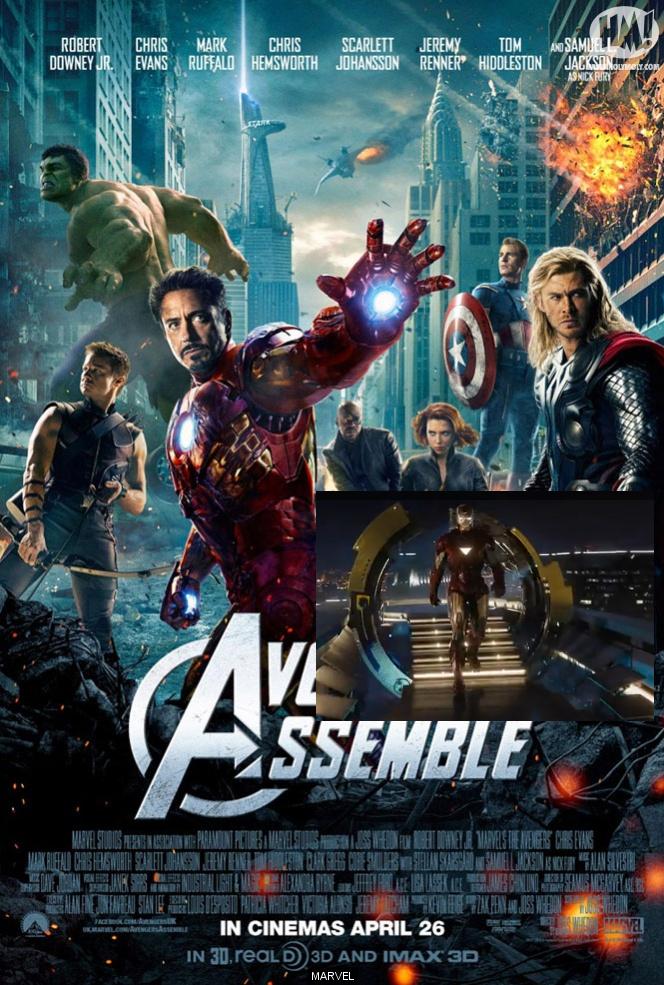 Like most comic book movie fans Iron Man on the cinema screen is one of the main attractions of the Avengers movie, well that and Black Widow but for other reasons.

It’s arguable that without Iron Man 1 and 2 we might not have had an Avengers movie. They were the biggest success that Marvel have had with movies and the biggest contender against the Dark Knight movies. This leads to the question, Are Marvel and Disney rehashing scenes and images from Iron Man 1 and 2 and not showing off the new footage?

We have already seen in earlier Avengers trailers that some scenes of Iron Man were just the CGI model from his first movies with new back grounds.

The latest recycled image of Iron Man is on both the new International Avengers movie posters. Iron Man is seen with a circle on his chest which he has in the first movie and part of the second. Later in the second movie he upgrades to the new triangle arc reactor which wont kill him in the long term.

Either he has two costumes in the Avengers movie or this is someone getting really lazy at Marvel using images from the first movie.

I may be wrong and hope I am but it sure looks like someone may have used old Iron Man footage for the actual poster. We will have to wait till the Release date to find out more.