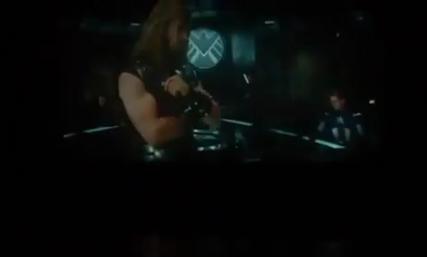 It’s not an official release but it is an amazing first look at what’s going to be the biggest movie of the century. Be it a grainy picture it is the first time we get to see the team together.

Everyone fan of comics knows how amazing it was to see Iron Man for the first time. The Avengers is going to bring together the best parts of several movie franchises and smash it all together.

The rumour at the moment is that this will be played either as a trailer before Captain America next week or after the movie as the post credits scene. Either way Captain America is going to be freaking kick-ass next week and pave the way for some amazing cinema over the next few years.