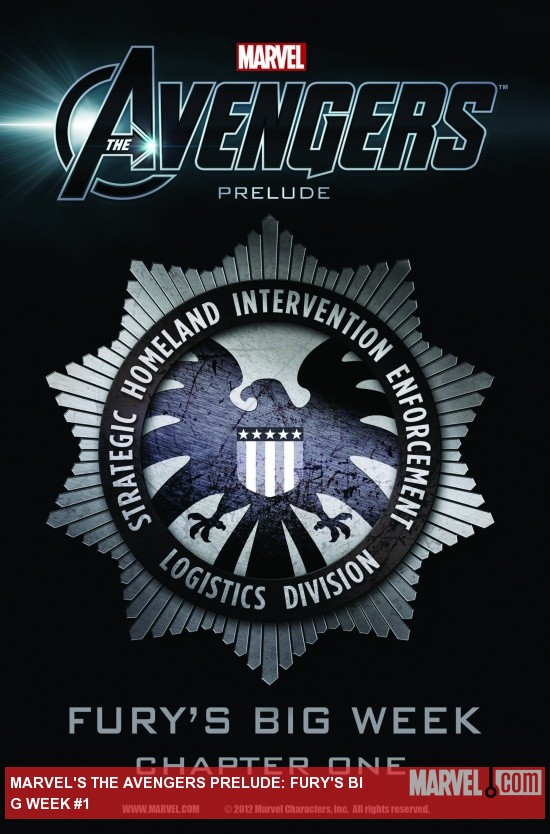 The Avengers Prelude is an eight issue prequel comic run for the movie. It follows Fury and SHIELD as they movie between movie franchise to connect them to the Avengers.

The prelude tells the relevant parts of the previous movies and how they connect. The last Hulk movie takes place in the same week Iron man 2 and Thor took place with the week ending as they find Captain America in the ice.

For the super fans who have seen religiously watched each movie every weekend for the last month leading up to the Avengers release date most of the events in the comic will be old news. But the story also adds a few extra parts which will will let fans into a little of what to expect from the Avengers and the upcoming movies.

In the Prelude we see what happened to the evil Hulk after the second Hulk movie and how they used the remains of the Destroyer after Thor tore him to pieces.

The series has just finished being released as digital exclusive issues and is being collected into a TPB which will be out soon.

One great thing that makes this different from the other movie prequels you see if that it was developed with Marvel comic writers and the master minds behind the movies too.

“We’ve worked hand-in-hand with Marvel Studios to create an exciting story set in the Marvel Cinematic Universe that sets the stage perfectly for the most anticipated film of the summer,” said Axel Alonso, Marvel Editor-in-Chief. “Now, for the first time, you’ll find out just what happened to some of Earth’s Mightiest Heroes on the road to ‘Marvel’s The Avengers.”