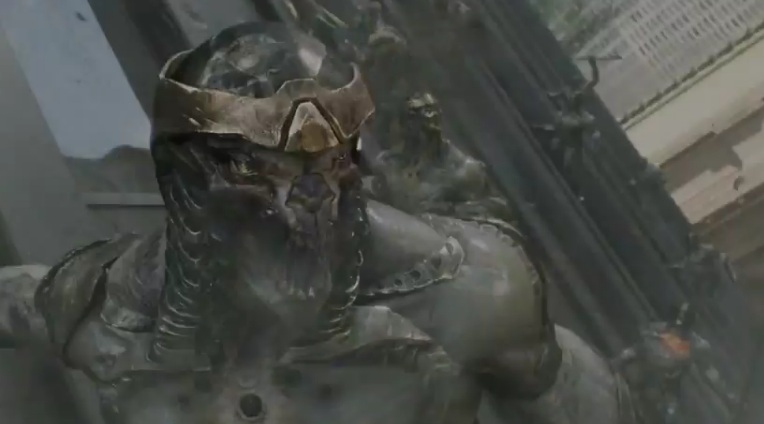 Without giving too much away the Avengers TV spots tease so well. Normally when people go to the cinema you might worry you have seen the best bits in the trailers but these are just epic clips.

We have a Hulk clip

Tony Stark and Loki face off in that epic “We have a Hulk” clip which was featured in all the trailers.

All new footage in this one and wow, Black Widow looks amazing in this movie. Shes the alpha female in a Joss Whedon movie so enough said.

Roll call is a flash introduction of each of the Avengers with the first clear shot of the Skrull type aliens from the movie. Going off the looks they could be the Red Skulls army we heard the rumor about a few weeks ago.

This is another clip that will bring fans back to the cinema. Hulk Smash showing how the Avengers movie gives the Hulk a whole new personality.

This montage compromises of extended clips we saw from other trailers. Ending with “This film is not yet rated” I’d give it a 12 out of 5 just going off the trailers.

Thats probably going to be it till the May 4th Release Date which is pretty much days away that can’t come sooner.

The latest TV spot featuring Thor and a few of those instant classic one liners. I’m not show how they will bridge the first Thor movie to the Avengers and Thor 2 but it’s going to be an epic few more Thor movies.