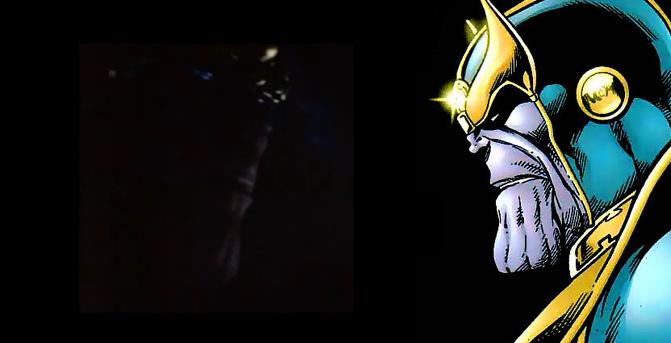 This week the Avengers movie hit the cinema world wide has probably been the first comic book movie since the Dark Knight to pick up such a positive response from reviews.

Being almost ten years from start to finish to bring us the first movie hints of the sequel are already being released.

The post-credits scene on the Avengers movie gives us the first look at what looks like the Red Skull meets Thanos (Thanos with red skin). Both are huge fans of war and have battled the Avengers on more than one occasion in the Marvel Universe and this is what the Red Skull might look like after surviving for 70 years in space.

If this is true it looks like Hugo Weaving may be making a come back after he vanished in the Captain America movie. There was a rumor a few months ago that the Red Skull would be the head villain in the Avengers movie but this may have had to be changed as Hugo has been working on The Hobbit movies over the last few months.