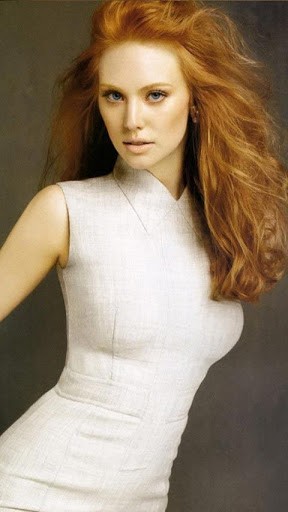 With True Blood finishing soon the cast are ready to move onto new projects and fan favorite Deborah Ann Woll who plays Jessica has just picked up a new role in the upcoming Netflix series based on Marvels Daredevil.

Deborah Ann Woll will go from playing the stunning red head vampire to Karen Page in the new Daredevil series.

Karen Page is described as an enigmatic young woman whose quest for justice sends her crashing into the life of Matt Murdock, influencing his war for a better tomorrow against the forces of evil in Hell’s Kitchen.

In the comics she was the longest standing love interest of Matt Murdock (Charlie Cox) and was the secretary at his law firm before crossing over into Ghost Rider.

It’s going to be great to see Deborah join a cmoic book movie project. She’s no stranger to comic conventions and will probably help double the ratings by just being attached to the project.