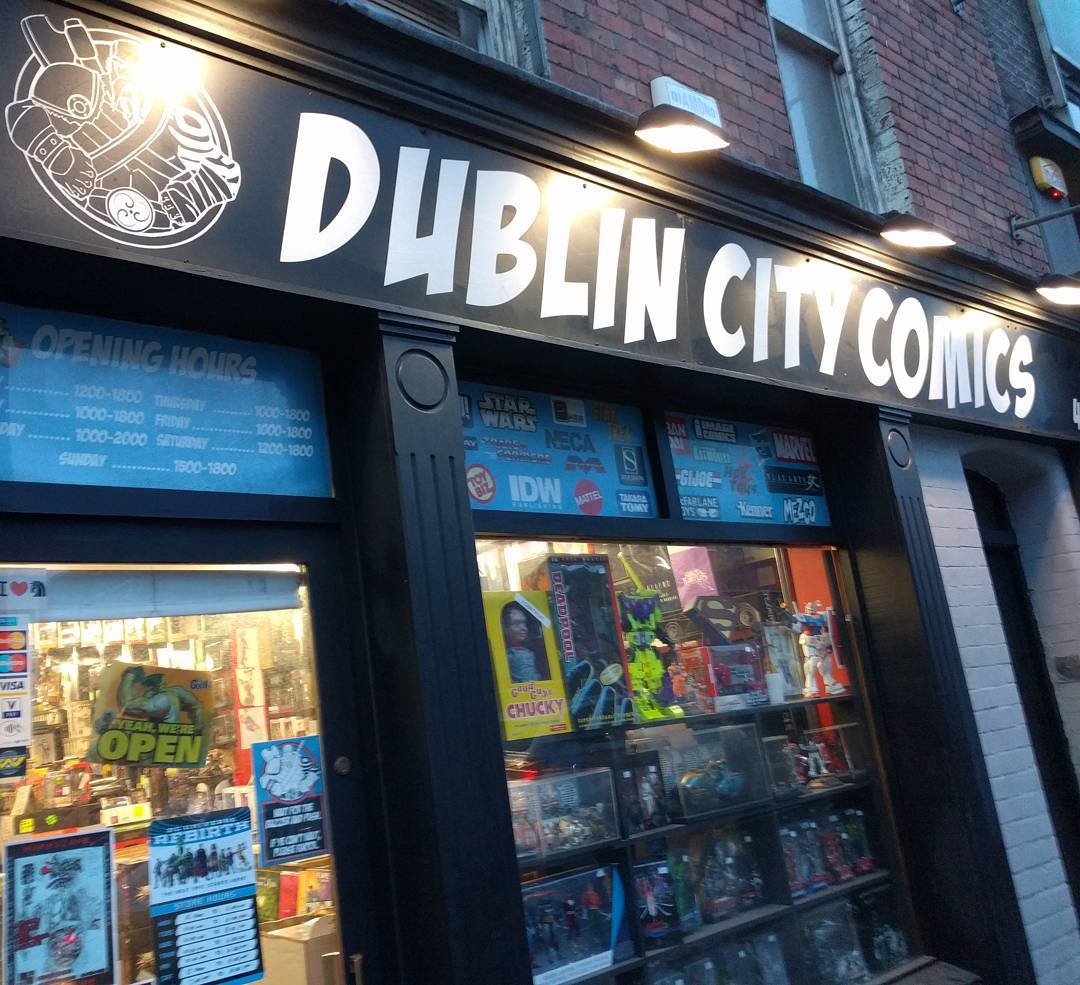 "An amazing selection of import toys and super cheap prices"

I can’t express just how excited I was to have found Dublin City Comics while wondering around Dublin on a short holiday. It’s one of those independent comic shops which do things properly, it’s run by comic fans for comic fans.

It’s only a small shop but stocks more than maybe three or four normal comic shops, it’s like an Aladdin’s cave of Japanese toys, comics and all sorts of action figures and memorabilia.

Some of the stock they have include:

They seem to have some really good suppliers and will also take orders for toys they don’t currently have in stock. One thing that impressed me was the prices as I checked a few of their toys and compared to eBay prices and surprisingly Dublin City Comics seemed to be cheaper in most cases.

Another thing I noticed that they do well is buying peoples old collections, it means a lot of their stock is rare out of print toys. I’d love to see more shops do this but guess only the independent ones which really know what they are selling can do.

Opening Times:  It’s open every day until about 6pm apart from Wednesday when they stay open until 8pm.

They are located about a 10 minute walk from the main shops and bars in Dublin but if you plan your trip you could take a look in a few other comic shops on the way such as Sub City and Forbidden Planet.

Also see A Space Oddity in Amsterdam as they have a similar setup.