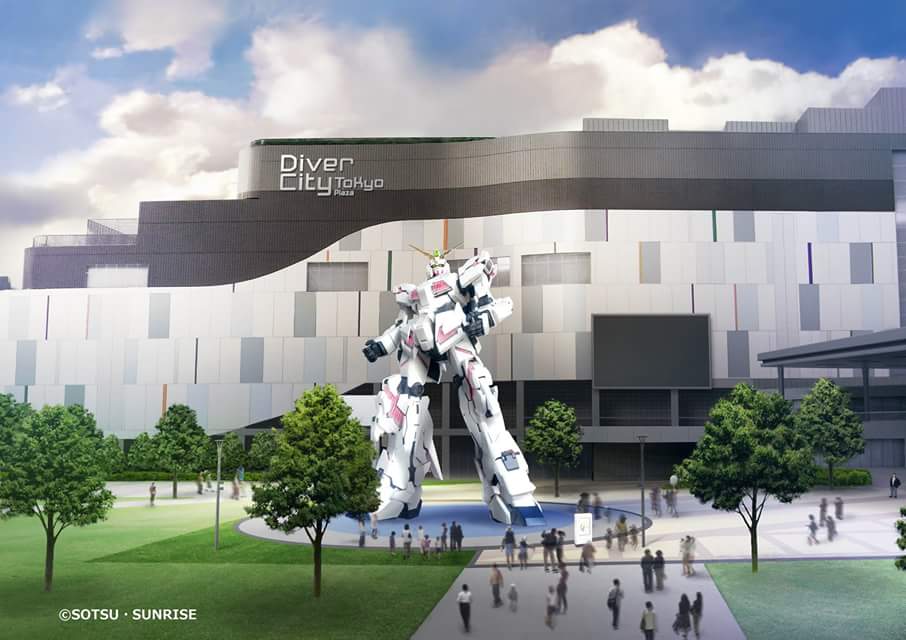 DiverCity is an iconic shopping center in Tokyo, it’s well known all over the world, not just because of it’s shops or amazing location but it’s the only place in the world with a 1:1 scale RG1/1 RX78-2 Gundam outside.

After almost a decade of protecting Tokyo the Gundam was retired on March 5th 2017. It brought millions of tourists to the shopping centre and is to be replaced with a new statue based on the popular Gundam Unicorn robot.

The new statue is due to be unveiled Fall of 2017 and will feature more lights and is said to also be able to move slightly.

The picture shown is part of an official announcement and the concept used to model the new statue.

Although the new one looks a lot more modern there will always be a special place in fans hearts for the original Gundam statue and it leaves us wondering what will happen to the old one as it’s believed to have been bought by a fan or will be part of a much bigger Gundam exibition once it’s been renovated.