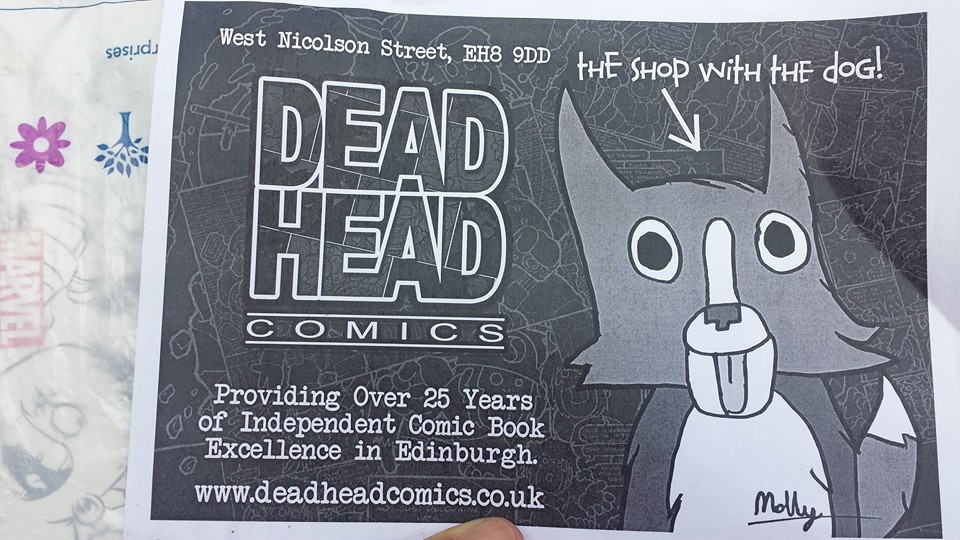 "A must visit comic shop if you visit Edinburgh, Scotland"

Year’s ago all comic shops were this cool. Deadhead comics is a small independent comic shop in Edinburgh which has been around for over 25 years.

I’ve shopped at a lot of independent comic shops but I’ve never seen one with so much to pick from. They have more comics than most franchise shops which are made up from new releases along with a lot of hard to find back issues and rare graphic novels.

It’s surprising how easy it is to find comics in the shop too, it’s like everything they stock ispecially selected by collectors for collectors. It’s one of those shops you could spend a few minutes in and walk away with 10 back issues and a trade paperback. Saying that I could easily spend all day going through boxes.

If you visit Edinburgh in Scotland this shop is highly recommended for any comic fan, It’s located near the university and in walking distance from Waverley railway station which is the main one for Edinburgh. It’s also only a short walk from the local Forbidden Planet too. 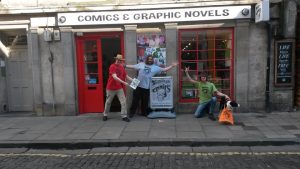