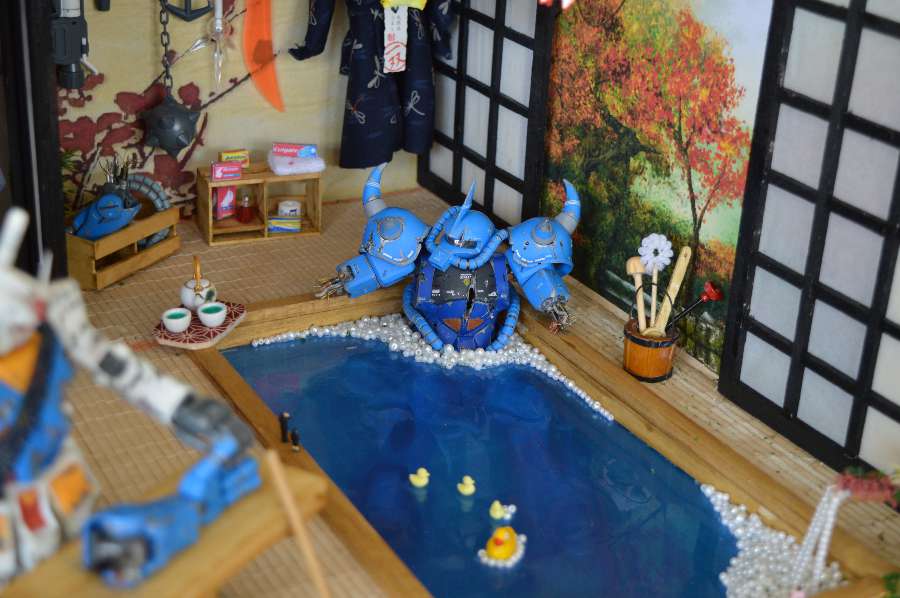 Gundam kits have captured the imagination of people all over the world for years, originating in Japan there is a small but very strong fandom in the UK dotted all over the country. Before G-con I don’t think there has been a bigger gathering of Gundam fans in the UK but with it being the first convention of its kind I think the organisers have learnt a lot.

The venue was York Race Course on over the 24th and 25th of September. Other than being a little too big and the catering being a little limited and the bar being closed it was a good place to hold a convention. It wasn’t a far walk from the train station or the local town centre and being York there is a lot to see and do after the convention. Time wise it was during a few other events one including Glasgow Comic Con which is a big convention in the UK and would have tempted a lot of people away.

Arriving at the convention when it opened at 10am there was a lot of people just sitting around with not a lot setup but by lunch time which wasn’t great but it was good to see people just talking to each other and making friends in the community, I imagine a lot of people there had talked to each other on Facebook groups and met face to face for the first time by accident. There was also an offer setup where the organisers gave free model kits to kids which I think encouraged people to bring their families and seeing whole families all sat round tables building Gundam model kits was something I didn’t expect but it was nice to see such a social atmosphere there.

Most events like this are setup by very dedicated fans but this one was setup by a UK based retailer Japan:Cool, I think they did their best but being run by a company which orders stock from Bandi they would have had to keep everything very official. For example the build competition needed to be official Bandai kits but I’d have loved to see some of the resin kits and custom builds which make competitions like this really interesting. There was also a rule where no other Gundam retailers were allowed to sign up as I guess it would have been competition but it did limit the retailers there. They did all they could but I’d love to see a Gundam convention organised by just fans which has fewer rules and was open to third party kits and more retailers, the UK only has a small Gundam community and it’s a shame some people and retailers might have missed out.

A few of the planned events like Gundam Cafe didn’t work out as planned but a lot it was very impressive, the expert talks were great and I think everyone would have learnt something from listening to them. One of the talks was by a youTuber called Stuart Lathe who had some great tips for Air brushing like using Windolene (Window cleaner) as a cheap paint thinner.

Some of the other stalls there were selling Anime cels but they setup a bit later in the afternoon so I missed out on them. There was an indie comic creator there called Matt Clarke who wrote and drew his own comic Renegade Pilot which is well worth picking up if you see him at a comic con, self publishing a comic isn’t easy work so well done to him. Also there was another great artist there called Raiadonis who did custom portraits and was selling some awesome Gundam prints.

The down sides of the convention were that it didn’t deliver all that was promised and there wasn’t really enough to stretch over the two day event. It needed more stalls and retailers and things to do throughout the day but most of what was there didn’t start until a few hours after opening.

The highlight of the event for most people was probably the model competition, there was some amazing entries and with a trip to Japan up for the first prize it attracted some amazing modellers. There was one diorama which had some sort of reference which I didn’t get but looked amazing with a lot of hidden detail. The winner though was a pretty flawless MG Zaku which I think a lot of people were in ore of.

The organisers of G-con have said they will be doing it again next year but will be at a different location and probably a different city too. 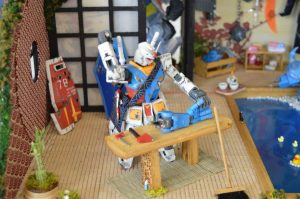 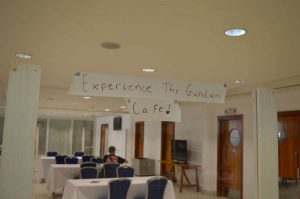 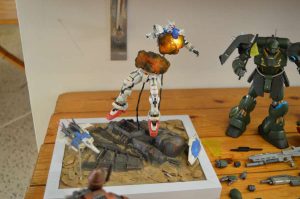 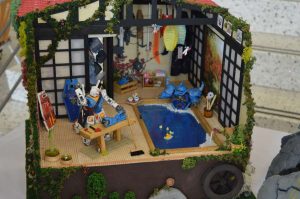 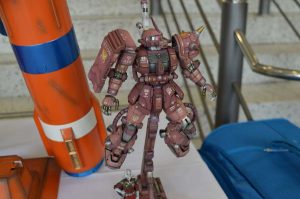 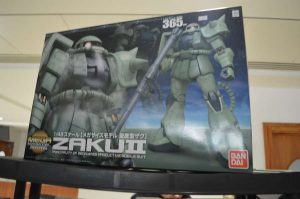 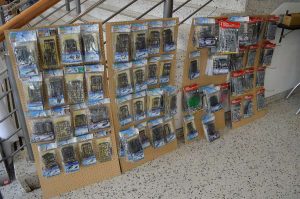 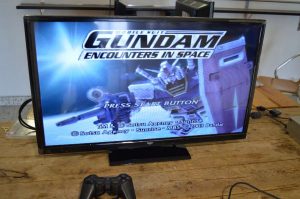 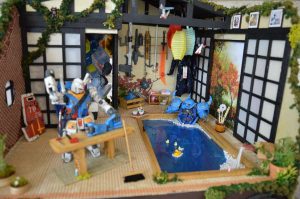 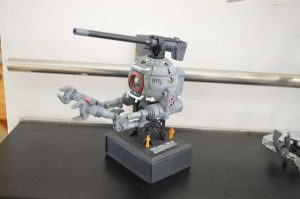 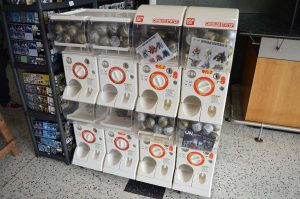 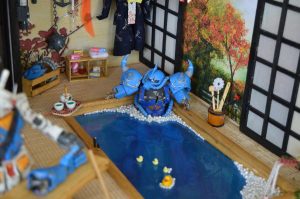 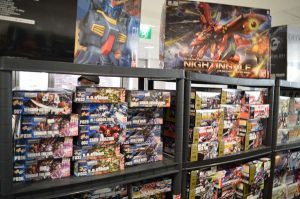 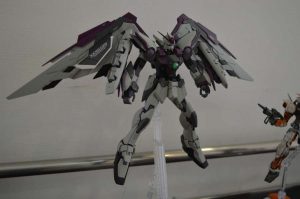 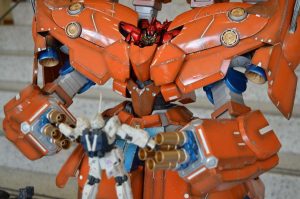 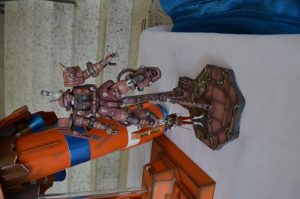 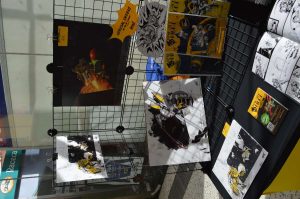 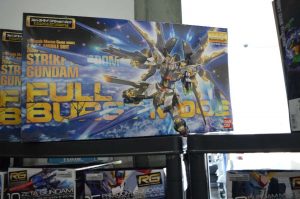 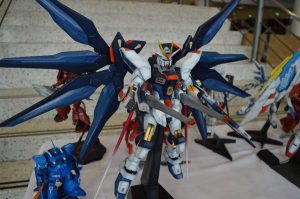 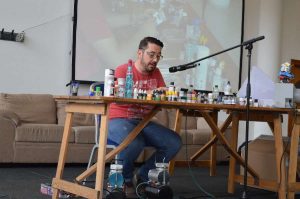 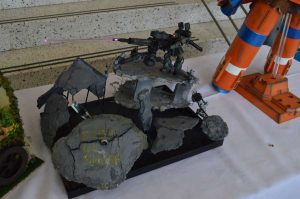