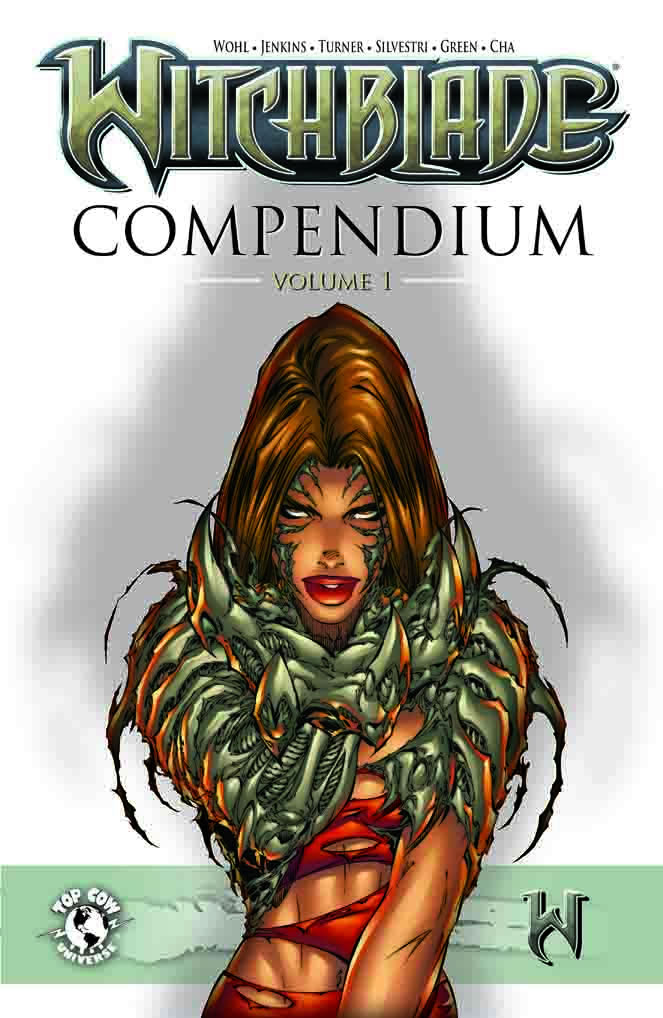 For a lot of comic fan’s Witchblade is one of the comics you might see on the top shelf of the comic store and walk past thinking it was just another title that dressed up a chick in sexy Gothic armour. For those people it also has an amazing story with some great dialogue. if you haven’t read any before its a great time to pick up Witchblade Origins volume 1.

The Witchblade it’s self is a mysterious artefact which has always been owned by strong women throughout history. The Witchblae falls into the hands of Sara Pezzinni a cop in the NYPD when her and her partner are left fatally wounded in a shoot out, it saves her life and so the story continues.

The series kicked off with David Wohl as the writer who has done an amazing job of giving Sara an strong personality which you can see grow with strength throughout the first volume, all the characters have distinguishably unique personalities each with a clear agenda.

It’s no wonder the book is so popular with male and female comic fans alike as Sara’s a strong intendant type like Rogue or Storm in X-Men. The story has something for everyone which is why the audience is so diverse.

Witchblade is probably more well known for the artwork which was one of Michael Turners most famous works. Everything from this creative team is put together to be a beautiful book, from Turners pencil work to the lettering. A style which has followed Turner throughout his career at Aspen comics.

The series has currently made it past 130 issues not including a whole load of cross overs including Tomb Raider and JLA. The comic has also had a TV series spin off and animé series all down to the on going demand and popularity of the comics. There has also been a Witchblade movie which has been in and out of production for nearly a decade which will hopefully get a finished script some time soon.

It’s also a great series to get into, even though they are up to issue 130 or so there are also two 50 issue compendium’s along with standard volumes which are always well stocked in comic shops.

For anyone who has been sceptical about Witchblade as a credible comic series really needs to pick up this highly recommended series.