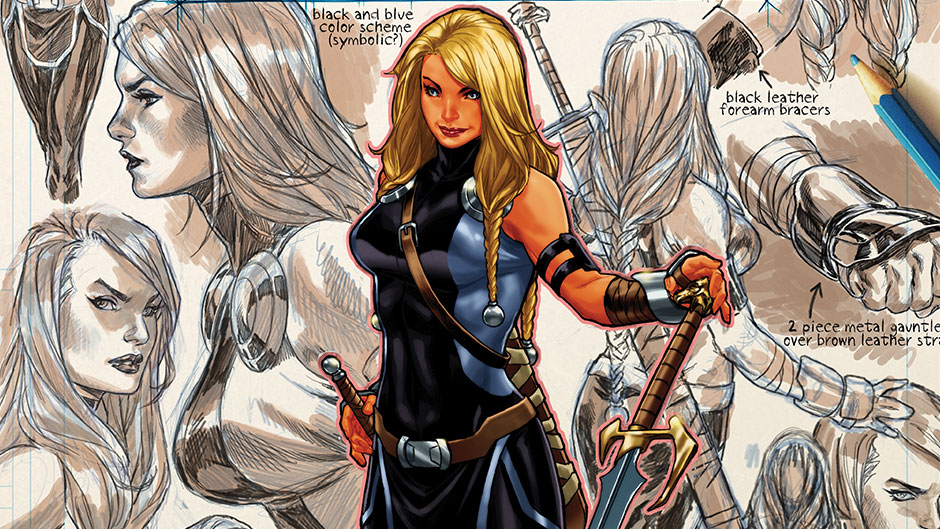 "Lots of potential with this new warrior princess Thor"

Marvel have just released the new look Thor who is now a lady warrior who has taken Thor’s hammer Mjolnir while  he is temporarily unable to wield it any more. Written by Jason Aaron and art by Russell Dauterman.

Usually when you see a massive change like this in a popular character you could expect it to run for maybe a hand full of issues and then go back to where we started. But with Marvel they don’t play by those old rules and have done some pretty brave reinventions over the last few years. Superior Spider-man is still going strong and after reading the first issue of Thor I expect this new Thor will be around for a while.

Marvel have left a lot of older fans a bit disappointed with this series after just the first issue. It’s not a small reinvention it’s a whole new character and the Thor we have had for years seems to be “disarmed” in this comic fairly easily.

Fans who have an open mind or aren’t too precious about the God of Thunder will probably welcome the change. It could be a really cool move to retire our old Thor indefinitely. When you have a character like Thor or Spider-man it can be a bit of a scary prospect for new readers to jump onto a comic with a good 50 years of comics to possibly have to catch up on. With this it’s a perfect jump on point for anyone wanting to read Jason Aaron’s Thor series oe just pick up their first Thor comic.

With that in mind for a first issue a lot happened and they haven’t even introduced the new Thor yet. Being a comic which will bring in a portion of new readers it would have been good to go into why Thor lost control of his hammer or even let readers know what Nick Fury said to him just to close off that story.

Although this first issue give a big hint of who the new Thor is they have also given a list of other potential new Thors.

Overall the first issue teases a lot of potential but unlike when Doc Ock took over Spider-man’s mantle I can’t see any massive way they can improve on the old Thor’s powers or character by making Thor a female. It’s dissapointed a lot of old fans and I hope they have a big plan which is going to impress everyone down the line.