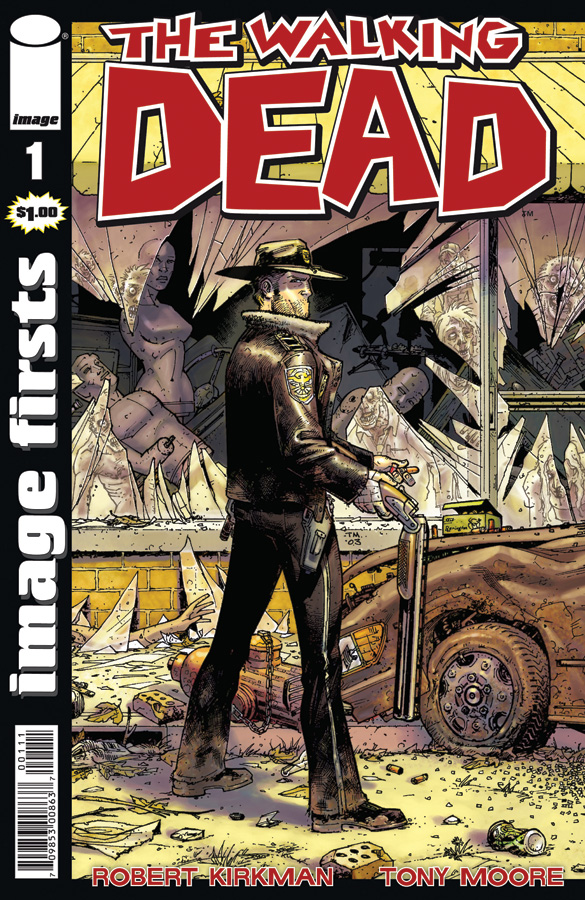 The Image Firsts series has brought us some amazing first issue reprints for $0.99 to help introduce old comics to a new audience.

The latest from Image Firsts is a Walking Dead #1 reprint. The issue will be a 40 page black and white reprint with a bonus 12 pages covering images of the new series which will be on TV October 31st.

The Walking Dead TV series Trailer was released at Comic Con and has been a huge hit with fans of the comics and general Zombie-heads.

The first issue reprinting will be released 6th October and probably the best $0.99 you ever spent.