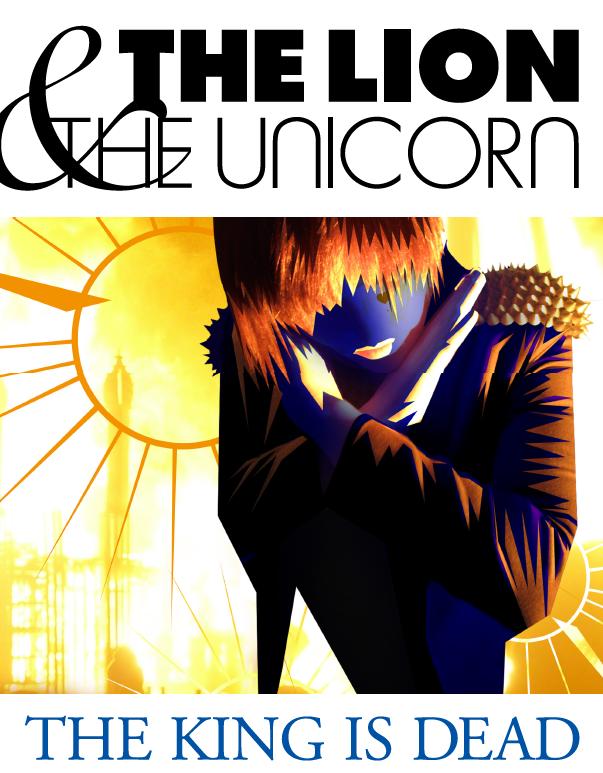 "An innovative new style of comics"

It’s been a while since I read Ash Pure’s  The Lion and the Unicorn #1 and #2. When I first came across the series I wasn’t sure what to expect as it didn’t look like as conventional comic with sequential art which I was used to. Instead Ash has used an innovative new approach to comics which is optimized for digital reading and tells a story from just the vivid artwork itself.

The Lion and the Unicorn is one of those comics which really raises the bar and tests the waters for a whole new style in comics. It’s one of the things indie comics are great for, the big publishers just wouldn’t be able to make something this new but for anyone who ready comics with an appreciation for art this one is perfect.

Compared to issue one and two in the series this one comes across a bit more refined. I’m not sure if the style has improved or if it’s due to the story just being moved forward and a bit more established.

In this series there is one more issue to be released and then the first volume will be compete but think Ash Pure has a lot planned for the Lion and the Unicorn especially since this is just vol zero.

I love the dialogue in this series as most of the text is broken out of the old fashioned speech bubbles and integrated into the artwork which is way more effective than the way most comics just bold text or use a different font.

I’d love to see Ash get hired by DC or Marvel to do a mini series. The artwork and overall style of the story telling would be mind blowingly awesome in a Batman or Wolverine comic.

All three issues are available in print if you can catch Ash at one of the UK conventions but I’d highly recommend purchasing the digital copies online as they are fully remastered for tablet viewing and the way you can zoom into the artwork and detail really is an experience.

The Lion and the Unicorn on Comixology

A few words from the author Ash Pure

I really wanted to push myself to create something that hopefully
you haven’t seen before, but that also resonates, feels familiar, deep rooted in the way a classic, epic tale should.

I’m happy to say I was able to get the print version out a little bit ahead of the three year gap that existed between issues 1 and 2 (I know, I know). However this specially formatted digital version
took a little longer. And yes that is because I don’t like making life easy for my self. Reformatting everything for viewing back lit, preferably on a tablet.