The Best DC Villains Without Superpowers 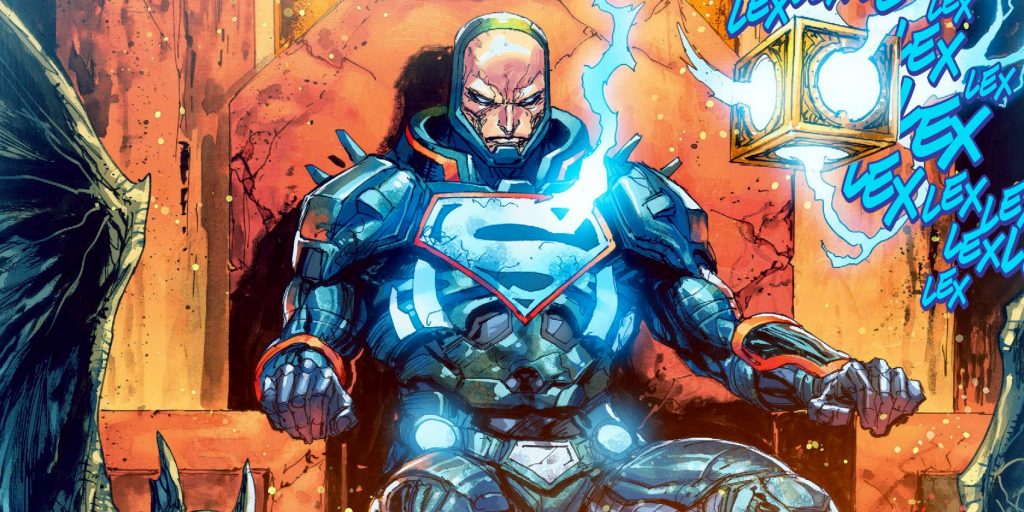 The comic book superhero has undoubtedly seen something of a resurgence in recent years. Buoyed by the success of the Marvel Cinematic Universe, which has grossed a combined $10.9 billion at the global box office since the release of 2008’s Iron Man, DC Comics have also looked to reimagine their most popular franchises on the big screen. While the DC Extended Universe has received a mixed critical reception so far, it has had a successful showing at the box office and the likes of Justice League and Wonder Woman look to propel the franchise forward in 2017.

The recent efforts of both Marvel and Warner Bros’ DC have resonated with audiences so well in a large part due to the portrayal of their respective superheroes and villains as humanised, deeply flawed characters, facing personal problems and real-world sociopolitical issues alongside their larger-than-life exploits.
Indeed, in some cases, this is taken even further, with a number of characters lacking superhuman abilities altogether. The most obvious example is DC’s Batman, who relies on his wits, wealth and willpower in lieu of superpowers to fight crime – but what about the villains? Today, we’re taking a look at three of the best DC supervillains who do not possess superpowers.

The Caped Crusader’s most significant adversary and long-time nemesis, The Joker has remained endearingly popular with comic book readers and moviegoers since his first appearance all the way back in Batman #1 in 1940. A psychopathic chemical engineer, The Joker possesses no conventional superpowers, instead using his chemistry background to create various lethal and noxious concoctions in his attempts to impose his will within Gotham City.

The character has drawn widespread acclaim over the years for his maniacal, sadistic sense of humour, which ties into The Joker’s jester/clown-like appearance, and he was most famously portrayed by the late Heath Ledger in Christopher Nolan’s critically acclaimed The Dark Night.

DC Comics’ Roulette is perhaps one of the company’s lesser known supervillainesses, but unquestionably one of the most intriguing. First appearing in JSA Secret Files #2 in 2001, the woman also known as Veronica Sinclair had an imposing debut as a powerful casino-cum-fight-club owner, capturing and pitting various members of the Justice Society of America against each other in death matches, while she and other villains bet on the outcome.
Roulette possesses no conventional superpowers, but is a skilled martial artist who has the ability to calculate odds and winnings as fast as a supercomputer. Her knack to read her opponents’ body language and predict their next moves make her a formidable adversary. Roulette is the archetypal poker “shark”, who starts out slow but goes in for the kill as soon as she gets a good reading of her opponents’ hand.

Much as The Joker has remained Batman’s nemesis for over seven decades, Lex Luthor has remained the perennial adversary to Superman since his first appearance in Action Comics #23 in 1940. Unlike most other villains in the DC comic book universe, Lex Luthor does not rely on a dual identity – nor does he possess any superhuman powers. That being said, the character does have a duality of sorts, using his philanthropic activities as the owner of LexCorp in an attempt to hide in plain sight; in reality, Luthor is a megalomaniac intent on ridding the world of Superman.
The character has often been cited as one of the greatest supervillains of all time, with his charismatic persona and ability to cross over into multiple DC franchises helping him remain enduringly popular – or reviled – with audiences over the past half-decade. Jesse Eisenberg won acclaim for his portrayal of Lex Luthor in Batman v Superman: Dawn of Justice (2016), while he’s set to reprise his role in Justice League later this year.
So, there you have it: three of the best DC supervillains who do not actually possess any superhuman powers. Penguin, Harley Quinn and Bane all came close to making our list – but let us know if we’ve missed any other of your favourites out.