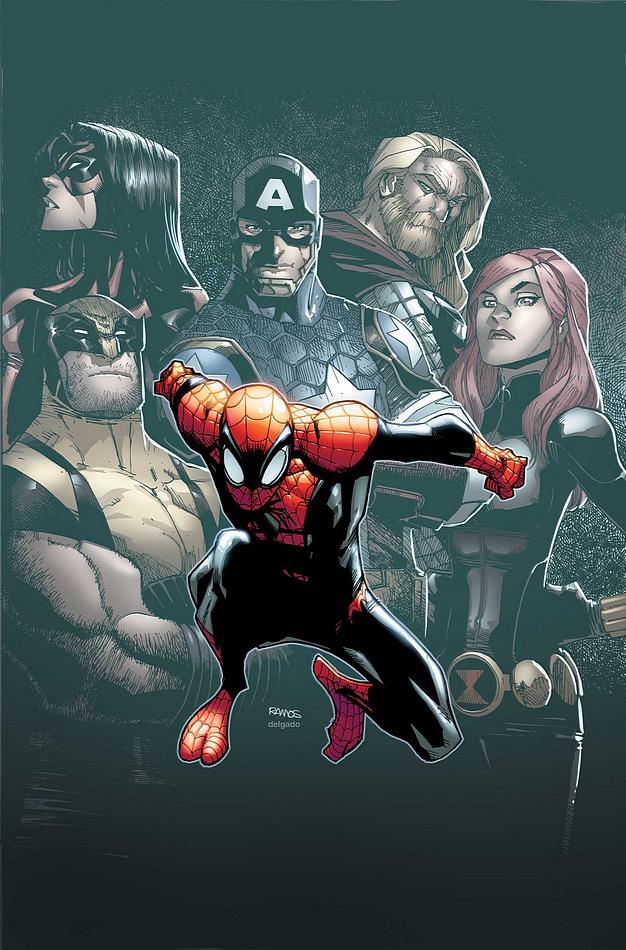 "Who needs the Avengers when you have the Superior Spider-man"

So far the events of the Amazing Spider-man #700 Doctor Octavius has taken over the body of Peter Parker and the Superior Spider-man. Unknown to Octavius a remnant of Parker still lives within his mind and helps guide him.

The second Superior Spider-man volume is titled “A Troubled Mind” and contains issues 6-10. It’s also the introduction of the Avengers to Spider-Oc.

Following on from the death of Massacre by the hand of our new Spider-man he continues his brutal assault on crime. Enter the Avengers.

The Avengers minus Iron Man and Pym step in and take Spider-Oc back to HQ for questioning, after a few long and scientific test they realise he isn’t a Skrull but slightly altered brain waves tell Octavius that a part of Parkers consciousness still remains in his mind.

After an introduction to Cardiac the vigilante with a hidden underground hospital Doc Oc gets technology to face Parker for the last time in a Matrix style stand off.

This series has reinvented Spider-man in so many ways from an awesome more useful suit to making him a more modern super hero who’s less forgiving to criminals who have killed and will likely kill again. After 50 years of Peter Parker Marvel have given us a much cooler Spider-man and I don’t think we have seen a change in comics like this since DC re-branded the Adam West style Batman as the Dark Knight.

It’s like someone has combined Spider-man with the Punisher and Iron Man, they just need to give him some adamantium claws and they will have the ultimate super hero. The series was originally set to run for 24 issues and at the moment it’s the most unpredictable series I’ve read