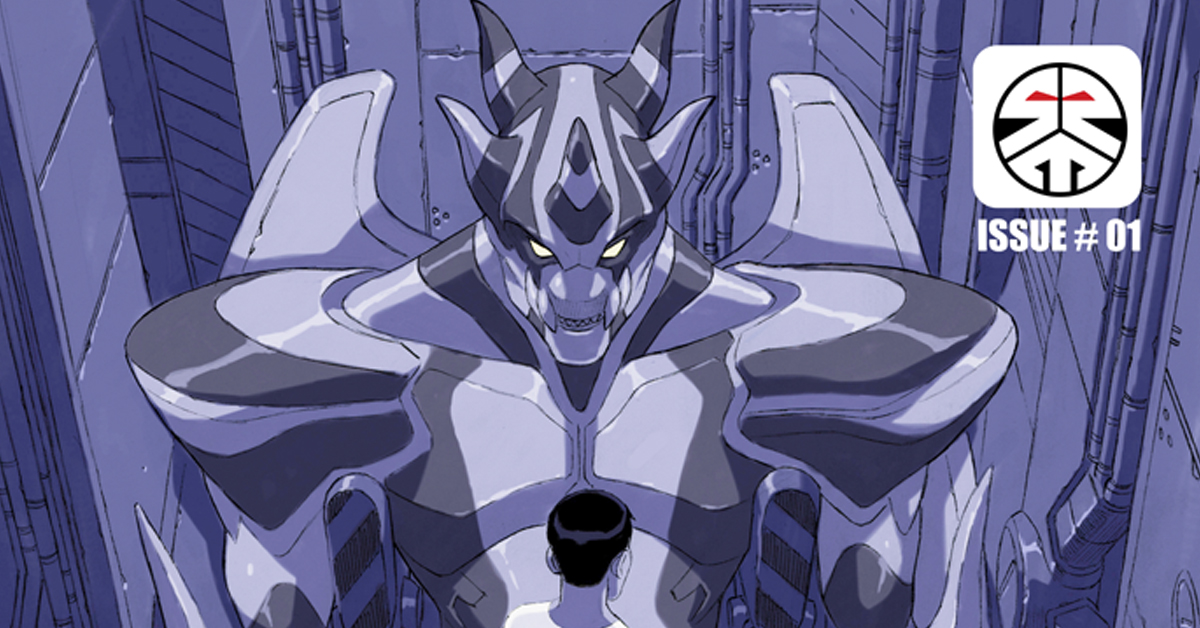 It’s official, we’re making a comic with British Indie comic publisher Subversive Comics. They have brought to life some amazing series including Bearlands – the comic which combined the Walking dead with the Carebears and the Cyberpunk phenomenon Metal Made Flesh which attracted some amazing artists to contribute to the universe they created.

We’ve reached the £3000 goal which will pay for the artwork to be produced. Next we’re going to work on the best way to thank everyone for their support so far. We’ve got a lot of great feedback so far but please let us know if there is something more you’d like to see in the comic.

Featuring design work from Production I.G. / Ghost in the Shell SAC designer Paul Nicholson, and artwork from Javier Bordon, Super Robot Mayhem #1 is the first in a planned five issue run. Heavy Metal / Missed Deadline’s Jeremy Biggs is the lead writer on the project, along with newcomer Adrian Mursec.

Raiden Nakamura is an engineer on the research mining vessel Theseus on a mission to find resources in the Kuiper Belt. When they discover the ruins of an ancient super robot (MAYHEM) buried deep into the rock of an asteroid, they unwittingly set in motion a chain of events that attracts the attention of the Demon Imperial Alliance (DIA).

Called onwards by Mayhem’s presence, the DIA fly to our solar system to battle humanity and steal the technology for themselves.
Assisted by his colleagues, and suffering from increasing psychosis due to his link with MAYHEM, Raiden must defend the solar system from the invading imperial force.