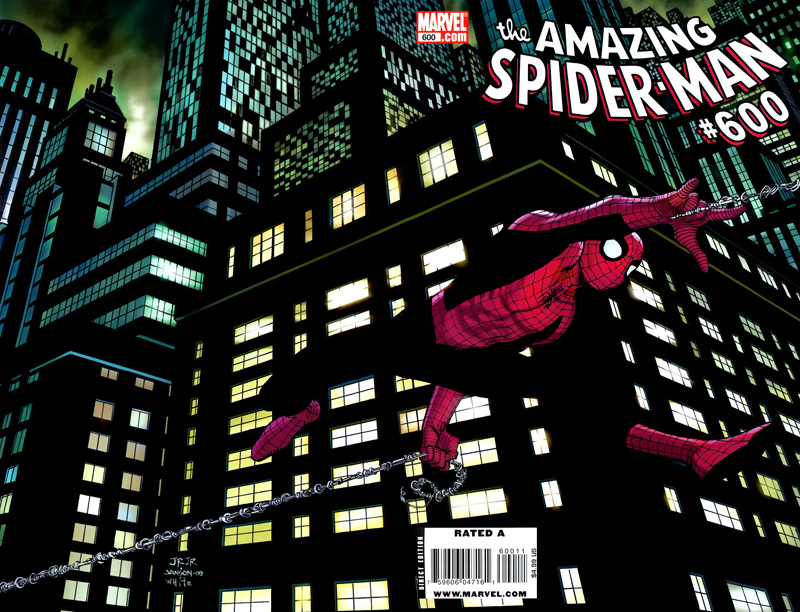 I haven’t read any Amazing Spiderman comics for a long while not but this is a true classic if there ever was one.
Spiderman 600 has some pretty revolutionary stuff which will help you catch up with what’s been happening to the web slinger so far without having to read a 12 issue comic cross over.

Doctor Octopus has been to see a real doctor and gets told he may not have long to live with all the blows he has suffered from super humans over the years. This leads him to want to give back to the world in the only way a psychopath knows, by taking control of everything leaving people in danger all over the city.

The single issue features a few costumed heroes including Captain America, Dare Devil, The Fantastic 4 and the Avengers. Who all help Spiderman find a way to save the city.

Did I mention this is only the first half of the comic as the second follows with a few short stories featuring a few different artists and writers.

I think I will keep an eye on the Amazing Spiderman comics ad if they are anything like DC, Marvel might give us some hints on what could happen in Spiderman 4 movie due out next year if all goes to plan.