Spartacus: Blood and Sand comic from Devils Due Publishing 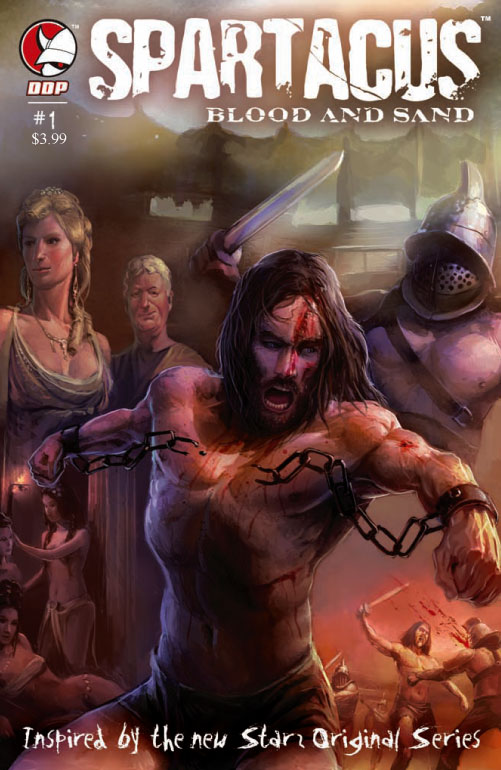 As the Starz TV show Spartacus was the closest thing we had to a comic series on TV. It had attractive characters, each with there own story to tell. It also broke down so many walls for television to show over the top violence and nudity – things that only a few well made comics had gotten away with.

Devils Due comic form of Spartacus is going to be written by Steven S. Deknight who produced the TV series so we will likely see some variation on the story, things that maybe he couldn’t get away with due to deadlines or budget on the TV show.

The artist behind the series is Adam Archer who has worked on bringing Heroes from TV to the comic medium and has also worked on Batman and Supergirl comics for DC.

From the preview pages that DDP have released so far the comic looks amazing Adam Archer has captured the bloody violence from the show. I have seen a lot of bloody comic but nothing in this style before.

The first comic run Spartacus: Blood and Sand: Upon the Sands of Vengence – will run for four issues and hopefully be able to fill the gap for historical accuracy before season two begins.

If you are thinking of waiting for the TPB you may be disappointed as DDP have no plans yet to release this as a collected volume.

Each issue (in my opinion) got progressively more gratuitous than the last. So if you liked that in the first one, you’ll definitely enjoy the rest of the issues. 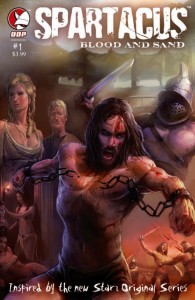 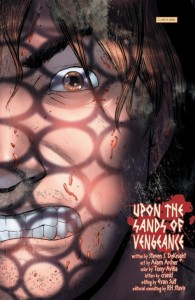 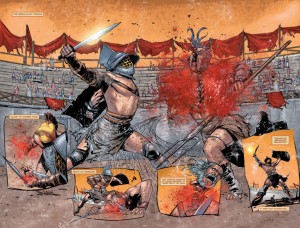 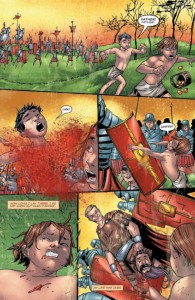