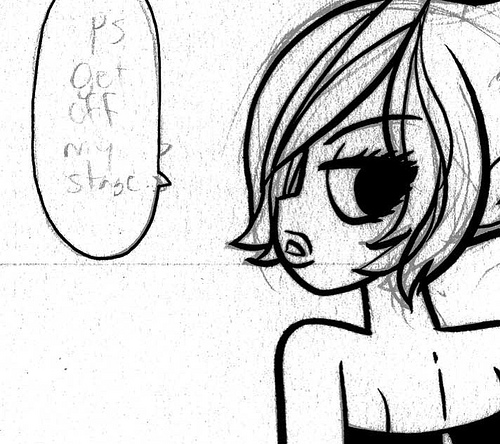 Mark Millar said he saw the Kick-Ass movie as being a 100 million dollar advert for his comic, and he wouldn’t be too far wrong either. Comic book movies have helped make a lot of comics become more popular.

Scott Pilgrim’s credibility as a modern comic classic will hopefully benefit from having a multi-million dollar advert being made for it now the series is coming to and end.

Even the trailer has sold me on the character and I’m hoping to catch up with the books soon to see what I have been missing out on.

Scott Pilgrim’s finest hour will be the 6th and last book from the series by writer Bryan Lee O’Malley. Bryan has been winding down and getting ready for the

Copies pile up around me and I am glad other people can comprehend them but they are not for me. I kind of wonder how much I’ll look at Scott Pilgrim at all after this summer is over. Maybe it’ll be a few years before I pick up one of those books again.

In the 6th Scott Pilgrim book he will face the last evil ex Gideon Graves and although it will be the last in the series it may just be the beginning of something else for the unluckiest guy in love. 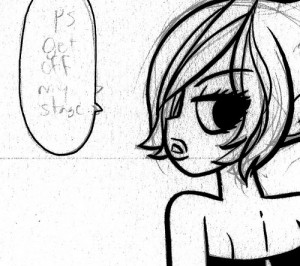