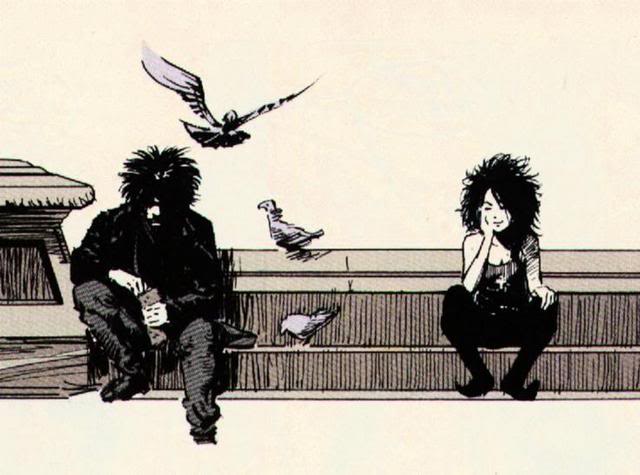 The Sandman eluded me for years, it has a pretty big following and an up coming TV series but nobody I knew had read it and the cover doesn’t give anything away.

Last month I decided to pick up a copy based just on its following. Normally I wouldn’t buy a comic just for its popularity but I had to give Sandman a go.

Its published by Vertigo so you know it must be pretty legendary as they don’t seem to do anything else. But I wasn’t prepared for the Sandman and how much the story pulls you in.

I would probably try to define the Sandman more as a comic phenomenon, it doesn’t give much of a back story away but as soon as a new character is introduced you almost know there life story just by how well Neil Gaiman’s dialogue is written.

Although it can be hard to follow at first you have to power through as a lot happens at the start but it can easily appeal to any comic reader from a die hard Super hero fan or those who like to keep your distance from the capes.

I can’t compare it to much but it felt like Kabuki meets V for Vendetta meets Arkham Asylum. It’s very Alan Moore like and well deserves the Vertigo publication.

Since the cover doesn’t give much away I’ll give a few spoilers. The Sandman is actually underworlds lord of dreams. An old cult try to capture Death so they can live forever but something goes wrong and they end up imprisoning The Sandman for 70 years in fear he would take gruesome revenge.

The comic has cameos from the DC super hero Sandman for a page, Batman, Green Lantern and John Constantine from Hellblazer. The comic also features Doctor Destiny aka Dr Dee who helps give the graphic novel an awesome ending.