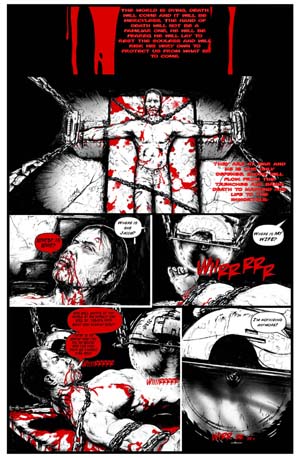 RIP is one of those real indie comics I wish they stocked more of in your local comic book store. It’s a new title with vampires and pretty cool artwork which is currently being published by Black Snake Studios.

Black Snake Studios has put together a whole list of options to get the comic from donating $5 to get a mention in the acknowledgements to donating $1000 to get advertising space in 4 issues and you or someone you know will get drawn into the second issue as a star character.

Overall I think the brains behind the project have got onto something great with this project, its an innovative way to raising cash to get a comic published and also helps a cancer fighting organisation.

Black Snake Studios have also put a few pretty cool comic book marketing tips on there site which is well worth a look Visit the Comics fighting cancer website for full information on the project and the marketing section for some tips on getting your indie comic published.

Pick up copies of RIP