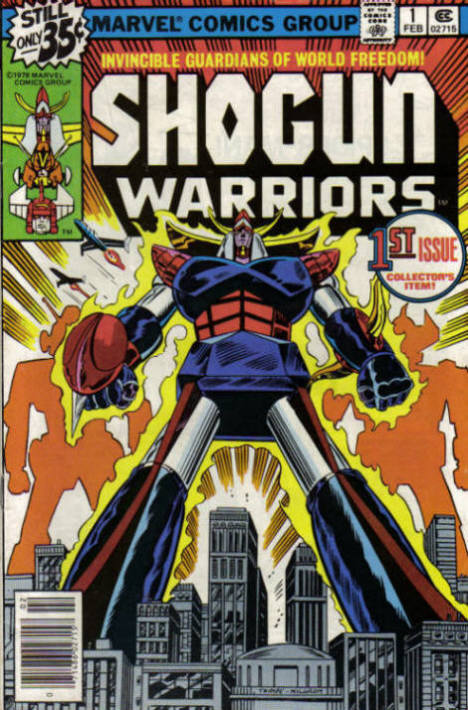 "A must read for super robot fans"

Recently Marvel decided to air some of the Japanese Spider-man episodes from the 1970s on their website and it sparked some interest in the era. At the time Marvel made a three year deal with a Japanese production company called Toei Animation to use each others properties.  Shogun Warriors was published between 1979 and 1980 during that deal.

Toei produced an awesome Spider-man show and Marvel made this amazing 20 issue series Shogun Warriors. The comic was written by Doug Moench and drawn by Herb Trimpe who did an amazing job of bringing us one of the most original series Marvel has done.

Doug Moench has written maybe hundreds of comics over his thirty or so years in the business and won several awards. His work on Batman helped define the Dark Knight by introducing Jason Todd and Azrael into the universe.

Herb Trimpe is a great Marvel legend who helped setup the foundations for a lot of characters we still love today. Around the same time as working on Shogun Warriors he did the majority of Hulk comics over a seven year run. He did an amazing job of bringing Super Robots into mainstream comics and you can see how over the twenty issue run he really mastered drawing battling giant robots with each issue getting better and better.

The series is overall very well paced and evolved so well keeping each issue fairly self contained while keeping a long running story connecting every issue.

The main heroes in this comic are Along with having giant monsters and robots to fight the pilots of the Shogun Warriors also battled with their own problems as the heavy burden of being a super robot pilot weighing on their personal lives. Like all good heroes they put their personal problems aside and kick some giant robot ass and go on to save the world.

The story introduced a lot of new characters and concepts to the Marvel comic universe and to do that they have kept the sides very simple. The good guys were a technologically advanced group called the Followers of the Light who gave our heroes the Shogun robots and the main villainous team were the Followers of Darkness who are lead by the evil Lord Maur-Kon. When you think of giant super robots the Transformers is probably the franchise that springs to mind but they didn’t show up for about five years after the Shogun Warriors comic. Although there is a giant evil robot in this series called Megatron and I wouldn’t be surprised if the writers of Transformers took a lot of inspiration from this series.

Although you might not have heard of the Shogun Warriors before it wasn’t a stand a lone series. The comic features references to other Marvel heroes like Tony Stark and even features two issues where they fight a giant star ship that transforms into a robot side by side with the Fantastic Four. If the deal with Toei Animation was more open I think we would still have Shogun Warriors comics out today and its a shame after nearly 40 years we still don’t have a collected volume of the series or even a digital download version.

In today’s comic shops Manga stories are starting to take over especially with their popularity at conventions. Shogun Warriors was way ahead of its time be combining concepts found in Japanese comics with the colorful heroes and story telling of western comics. If Marvel could somehow strike up another deal to make more it could be huge right now especially with movies like Pacific Rim striking interest in robots. If you like robots or want to read something new this is an amazing series to track down. I had almost as much fun trying to find each issue at comic fairs as I did reading it. For a comic that’s nearly forty years old if it was printed today it would still be ahead of its time. 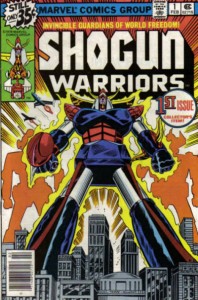 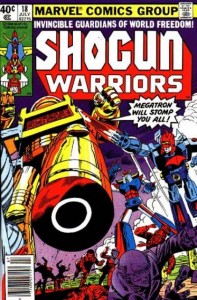 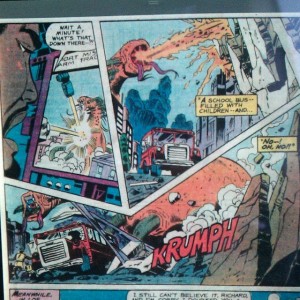 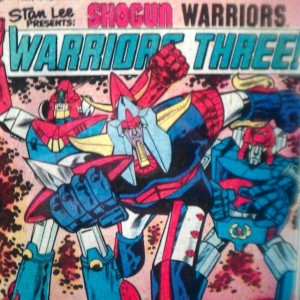