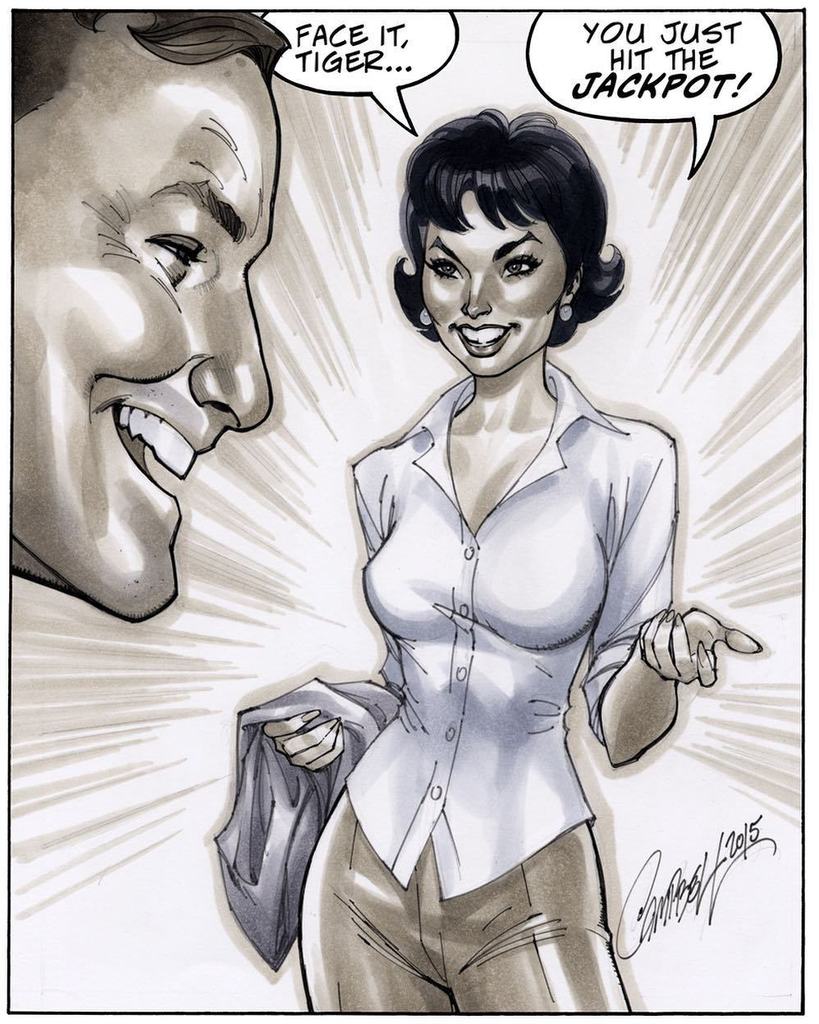 Everyone knows Stan Lee for being one of the most influential people in the comics industry, he’s been the face of it for decades through thick and thin. But supporting Stan Lee through all those 70 years was Joan.

A British former model met Stan Lee and he instantly fell in love, she was his muse before they even met and it’s said Stan based many of his female characters on her including Spider-man’s first love Gwen Stacy. By drawing on his own feelings his relationship might have been the secret of his amazing skill at writing comics.

If Marvel Studios made a movie based on Stan Lees marriage to Joan it would be an instant masterpiece. In today’s works we see celebrities being married several times before they are in their mid twenties, being together for 70 years is one truly amazing feat. I think we can all learn from their relationship. Their time together is a love story bigger then any ever written and our thoughts are with Stan and his family at this time.

Was so very sad to hear today of the passing of @therealstanlee ‘s lovely wife Joan. This was a piece commissioned and ultimately given as a gift to the Lees, reimagining his first meeting of Joan ala “Peter Parker meeting MJ”. Just last month my fiancé @tanyalehoux and myself were fortunate enough to spend an evening with Stan. He talked quite a bit with us about “Joanie”, how he would often meet her after his day of work at Marvel in the early evenings walking down 5th Ave in NY. Even now he was still vividly describing the sun dress she was wearing, the way the wind was tossing the fabric and her hair as she was walking down the busy sidewalk towards him. All these years later he was describing the moment so romantically you would’ve thought it only happening days ago. It was so lovely and inspiring to hear how much the two of them remained in love all of these decades later.
Our deepest condolences Stan.