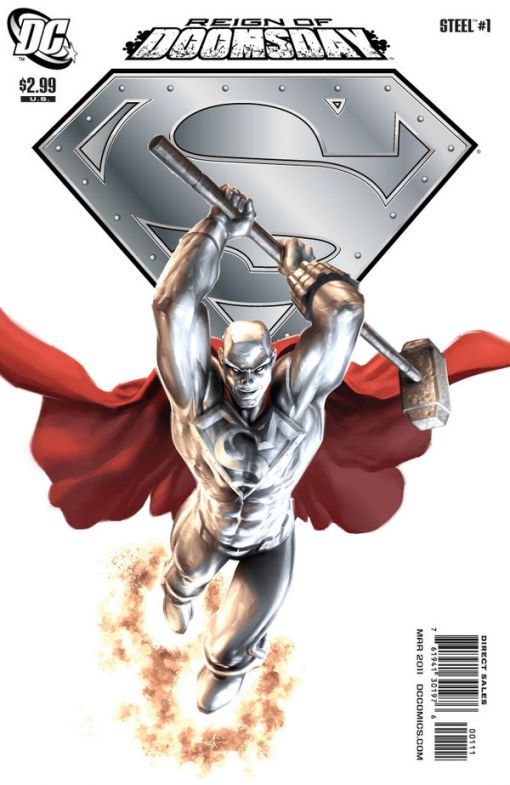 This week we got the first issue in the latest DC mini event Reign of Doomsday. The first issue kicks off with the mysterious return of Doomsday and the only one to stand in his way of destroying Metropolis is John Henry Irons aka Steel.

Doomsday appears out of nowhere in the Death Of Superman which could be the comic bible as its the best selling graphic novel ever made and kicks off an epic story which pushed up the bar for comic writers everywhere.

Just as Doomsday appeared from nowhere so did Steel. He originally appeared from a building destroyed in the epic Superman/Doomsday battle. He is the closest thing to Ironman that DC have. Similar to Tony Stark John Henry Irons was a weapons designer who saw the error of his ways and made a Steel suit to battle crime after Superman’s death.

In the new story Doomsday has returned but he is stronger and evolving rapidly from what he was then. Steel is the only hero available to fight the alien monster and seeing as it took the real Supermans life to defeat Doomsday the odds don’t look good for Steel.

Reign of Doomsday is a six part series where Doomsday is hunting down th four Superman wannabes and will hopefully explain where this new Doomsday is from.