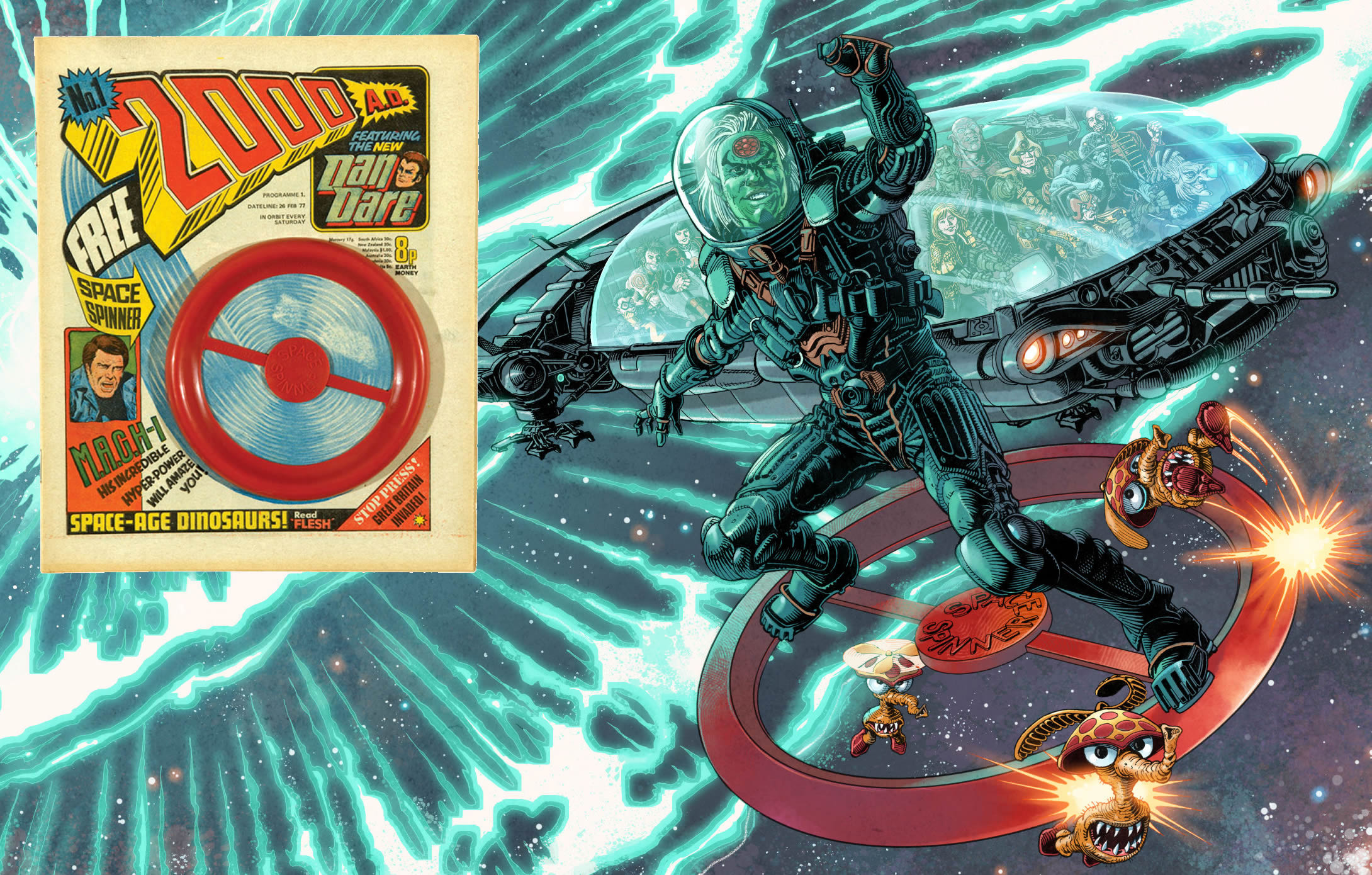 "The most monumental comic you can buy this year"

With an idea that started in 1977 which gathered enough momentum to gradually grow into a comic which is read all over the world and make it to a massive milestone issue with the release of Prog #2000. It’s the perfect jump on issue for any comic reader who hasn’t read a prog before or has lost touch with the sci-fi series.

Issue 2000 features some great talent such as Dave Gibbons (Watchmen) and Brian Bolland (Batman : The Killing Joke) and wow they don’t disappoint. It’s one of the most beautiful single issue comics I’ve picked up in a long time. For those who haven’t picked up a Prog before they aren’t just all Judge Dredd front to back. The comic is comprised of six short stories all part one of a bigger story making this the perfect jump-on issue.

The artwork is just amazing, there is something in there for everyone. It’s a mix of the classic 2000aD black and white artwork style and the more modern mainstream American comic artwork. The variety in artwork almost makes it hard to read as the pencil work is just so distracting throughout. One of the variant covers features a red space spinner which also featured as a giveaway toy on the first ever prog back in 1979.

The 2000th issue comes with a few variant covers including a Previews mag variant and two others which should be available in most comic shops and news agents around the UK.

If I could change one thing about this issue, I’d love to make it bigger at least three times as big. There are a lot of awesome artists which have worked on 2000AD over the years and I’d have loved to see a few more feature but that’s what issue 2001 and over are for.

To mark the issue 2000AD have organised signings of the Prog all over the UK and in a few comic shop abroad too.

Overall it’s just amazing how 2000AD have managed to evolve over the years but still keep their core values and artistic approach to comics. 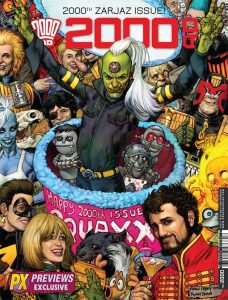 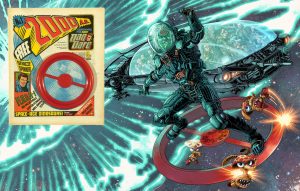